Author, radio host and speaker Dave Ramsey has built a career on telling people how to get out of debt. One of his best-known tactics is the envelope system, in which you draw up a budget and then literally set aside money for the items in that budget. This forces you to live within your means, which keeps your debt from growing. And by including debt repayment in your budget, you can use the system to dig yourself out of debt. 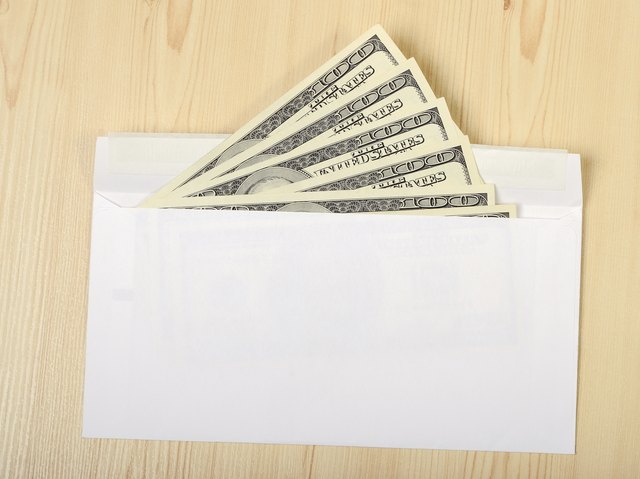 The first step in Ramsey's system is to set an exact budget. Look at your monthly take-home pay and decide where every cent of that money will go. Of course, some of it will already be spoken for -- your rent or mortgage payment, your car payment, certain utility bills and anything else that requires a monthly payment. After that, earmark a certain amount for debt repayment. If you're ever going to get out of debt, you have to treat repayment as a non-negotiable monthly obligation. The envelope system comes into play when budgeting for what's left over after these essential items are taken care of. Decide how much you will spend for food, clothing, entertainment and every other category of spending.

Make and label a separate envelope for each category of spending in your budget. Now go to the bank and get cash to fill each envelope with that category's allotted amount. You'll be paying for everything with that cash. Ramsey believes that paying with cash gives you a greater awareness of the fact that you're actually spending money, while credit and debit cards create a disconnect -- a "buy now, pay later" mentality that leads to undisciplined spending. When you pay for things only with cash withdrawn from your own bank account, you will not be digging yourself deeper in debt.

The envelope system is designed to force you to live within your means -- to examine every penny you spend and ask whether you're spending it wisely. Once you've used up all the cash in an envelope, you're done spending money in that category for the month. As the month goes on, keep a close eye on how much is left in each envelope. You don't want to run out of food money with 10 days left to go and then have to either put groceries on a credit card -- creating more debt -- or pull more cash out of the bank, which reinforces the undisciplined spending that got you into debt in the first place.

Ramsey advocates the "debt snowball method" for getting out of debt. Take all your debts and list them in order from the smallest balance to the largest. Each month, make the minimum payment on all of these accounts -- except for the one with the smallest balance. Then, Ramsey writes, "Attack that debt with a vengeance." Every remaining dollar you have available for debt repayment should go toward that smallest debt, until it's paid off. Then move to the next debt on the list, and attack it the same way. Ramsey says the psychological boost you'll get from seeing your debt accounts paid off provides powerful motivation to keep going -- and to set aside even more money for debt repayment in next month's envelope.

It takes time to fine-tune your budget under the envelope system, Ramsey says, so don't be discouraged if in the first couple of months you find yourself with too much money in one envelope and not enough in another. Adjust your budget and start with a clean slate the next month. To keep yourself on task, you can even create a reward envelope -- "money to have a little fun with," in Ramsey's words -- to give yourself if you stick to your budget.

Here's Your Game Plan for Paying Down Debt

Four Uses of a Budget

How to Pay Off Debts Fast

How to Save Money While in Debt

How to use Quicken to follow Dave Ramsey's envelope system