What Is PCM Rent?

A commonly encountered phrase while renting an apartment or room abroad is "PCM," as in "600 euros PCM." In the United States, PCM (per calendar month) is standard practice, so few Americans are familiar with the term. It is usually assumed that rent is PCM. Understanding the difference between PCM rent and weekly rent is important to make informed rental decisions abroad. 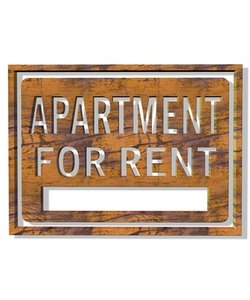 Renting by the month

"PCM" is common in Europe, because of the amount of weekly rental rates there. In major British cities, weekly rentals comprise the majority of residential rental properties. An apartment renting on a weekly basis is denoted as "PW" (per week).

Is PCM Better Than PW?

PCM is better most of the time, because there are 52 weeks a year, but only 12 months. If each month were actually 4 weeks, then the PCM and PW would balance out at 48 weeks each. However, only February is exactly 4 weeks long. To convert PCM to its PW equivalent, add 30 percent. Therefore, a 600 euro PCM rent is 780 euros PW.

When is PW Better than PCM?

PW is better than PCM when leases are short-term, and especially if the renter may have to vacate the property at any time. When a renter might have to leave at any time, a PW arrangement can be made so the lease can be voided on short notice, thus saving the renter the loss of a security deposit and penalties. This makes the arrangement ideal for people who travel a lot for work, military personnel or tourists. However, if the lease really does need to be flexible, rather than simply short-term, it is up to the renter to make sure it includes those terms.

PCM in the United States?

Most Americans are not familiar with PCM rent, but that does not mean it is completely unheard of. A general rule of thumb is that if you see PCM on rental notices, it is because the local rental market is dramatically overheated and landlords can demand and get PW rent to such an extent that PCM rental terms become an added incentive, rather than just a standard feature. Certain areas in metropolitan New York or San Francisco endure such conditions.

PCM is also often used to describe other money issues. For example, a person who is paid a monthly, as opposed to bi-weekly or weekly salary, may say "I am paid 1,200 pounds PCM." Being paid in PCM terms is usually not as favorable as being paid every week or two weeks, due to the effects of reversing the math and being paid for 48 weeks of work when most people work 50+ weeks.

How to Calculate Prorated Rent

How Much Can a Landlord Raise the Rent Per Year?

The Basics
Renting
By: William McFadden

The Basics
Renting
By: Jerusha Hardman