What Is a Salary Increment?

Employers compensate employees for work performed in several ways. You might be paid a salary instead of an hourly wage. In addition, you may receive bonuses, commissions or other compensation over and above a base pay rate. Of course, if you are hired for a salaried position, you hope your starting salary will grow in time. That's where salary increments enter the picture. A salary increment is an incremental pay increase you receive from your employer. 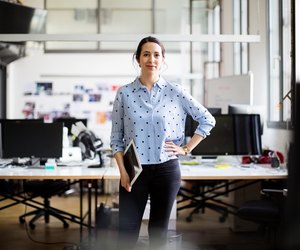 What Is a Salary Increment?
credit: Luis Alvarez/DigitalVision/GettyImages

What Are Salary Increments?

The other big difference between salary and hourly wages is that some salaried employees are not covered by overtime and minimum wage laws set by law and enforced by the U.S. Department of Labor. As of May 2019, these exempt employees must be paid at least $455 per week, but they don't get overtime if they work more than 40 hours in one week. The Department of Labor has proposed a revision to raise that minimum to $679 per week.

Nonexempt salaried employees are covered by minimum wage laws and must be paid overtime for working more than 40 hours per week.

If you are not used to being paid on a salary basis, the amount of a salary increment may be confusing. Suppose you get an entry-level job at $26,000 per year. Six months later, you get a $500 salary increment. That $500 might sound like a hefty raise, but it's really pretty small; it works out to $9.62 per week, or about 24 cents per hour for a 40-hour week.

While any raise is a plus, an amount that small probably won't make much difference in the amount of money you have to spend. It's more useful to think of salary increments as percentages. For example, you might get a salary increment of 10 or 15 percent. That's much better than our example, which works out to less than 2 percent.

Be prepared for rejection; if that happens, ask for a critique of your work and specifics about how you can improve and become eligible for a salary increment the next time around. When you do receive a salary increment, thank your boss in writing.

How to Calculate an Average Hourly Wage

How to Ask for the Right Raise for You

How to Convert an Annual Salary Into a Monthly Salary

How to Determine Salary Increases

How to Calculate Gross Income