How Does Selling by Land Contract Affect Taxes?

Selling real estate by land contract or contract for deed can be an excellent way to turn an unwanted piece of property into a stream of payments over a short or long period of time. These contracts also have the benefit of letting you spread your capital gain over an equally long period of time, keeping more of your capital working for you for a longer time than with an outright taxable sale. 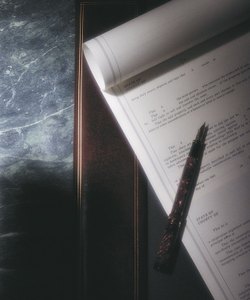 A land contract, or contract for deed, is a type of installment sale in which a seller agrees to sell the property to a buyer over a period of time. During that time, the buyer makes installment payments which consist of both principal and interest. It is very similar to how a mortgage works, except that instead of engaging a bank to lend money, the seller serves as the lender, taking in payments and gradually releasing ownership of the property over time. Contracts may be structured similarly to residential conforming mortgages, where they pay down to zero, or may also be set up with balloons, requiring the buyer to make a large lump sum payment at some point in time.

Income from the Land Contract

Although buyers typically write one check when making their land contract payments, the seller actually receives two different types of income. The first type is the interest that they receive on the balance of the contract. The second type is the paydown of principal which, in most cases, is a realized capital gain or recapture income.

Tax Pitfalls of the Land Contract

Most people enter into land contracts to eliminate making a large capital gains tax payment at the time of sale. However, by doing a contract they still end up paying all of the capital gains tax--they just take longer to do it. Furthermore, if capital gains taxes increase, the amount of tax to be paid will go up in the future. Also, if the buyer makes a balloon payment, all of the taxes due on that balloon will be due in one lump sum payment, negating the contract's key tax benefit.

What Happens When You Default on a Land Contract?

How to Calculate Interest Rates on a Land Contract