Diamond cutters are experts in assessing and manipulating these precious stones to show them off to their best. They examine the surface and internal structures of diamonds, often using specialist machinery such as polariscopes and refractometers, to identify types of stone and detect any flaws that may affect the stone's value. They then cut, shape, grind and polish the stones. The diamonds may then be sold as precious stones or mounted on pieces of jewelry. Salary levels for the occupation vary dependent on factors such as location and employer. 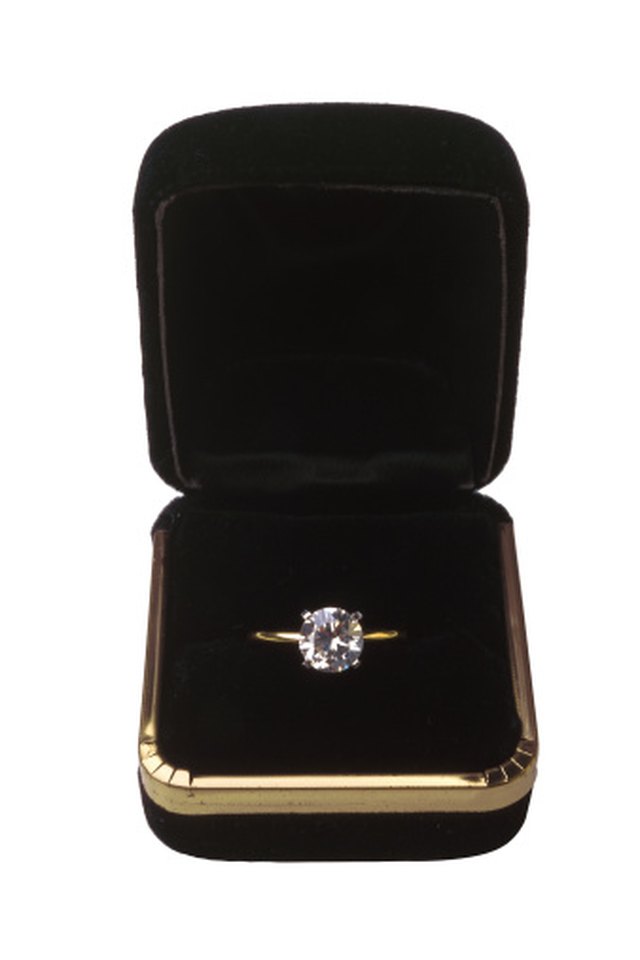 Diamond cutters identify and document the clarity of each stone.

For its May 2010 national employment survey, the U.S. Bureau of Labor Statistics categorized diamond cutters with other practitioners working with gems and precious metals, as well as jewellers. It calculated that the average yearly wage across the profession was $38,520, which translates into a monthly salary of $3,210 and an hourly rate of $18.52. Top earners, those in the highest 10 percent bracket, achieved annual salaries of $61,380 or more, while those in the corresponding bottom bracket earned $19,460 or less.

Many diamond cutters work in factories dedicated to the trade. The industry sectors detailed in the bureau's survey of jewelers and precious stone workers include the specialized design services sector, which had an average wage of $32,440 per annum, and the sector called coating, engraving, heat treating and allied activities, where the average was $46,220. Diamond cutters may also be employed in the sector that the bureau defines as "other miscellaneous manufacturing," where the average annual wage was $35,150.

Pay comparison website SalaryExpert.com, in June 2011, surveyed salary levels for gem and diamond cutters in several large American cities. It found that wages were highest in Chicago, Illinois, and New York City, averaging $58,508 and $52,918, respectively. Pay levels were similar between Phoenix, Arizona, and Miami, Florida, at $44,507 and $43,300, respectively, while pay rates of the 10 surveyed cities were lowest in Houston, Texas, at just $27,437. The Bureau of Labor Statistics reported that, across all industry sectors and all states, salaries were highest in the states of Connecticut, at $53,860, and Minnesota, at $48,490. New Jersey completed the top three states, at an average of $45,660, while Louisiana annual wages for the profession averaged just $30,490.

The Bureau of Labor Statistics predicts a growth in employment opportunities for diamond cutters and other professionals in the jewelry and precious stone industry of around 5 percent for the decade running from 2008 to 2018. This is a slower growth rate than that predicted for the whole country across all profession, expected to be between 7 and 13 percent over the same time-frame. The continued increase in imported stones and jewelry will be the primary reason for this slow rate of growth. Salary levels are, therefore, unlikely to rise significantly.

How Much Money Does a Gemologist Make?

The Average Hourly Wage for a Carpenter

The Average Salary of a Makeup Artist