What Happens When the Actual Rate of Inflation Is Less Than the Expected Rate?

Prices tend to rise over time, but no one can predict exactly how much they'll go up in any given period. The best anyone can do is to estimate the increase based on available information. That estimate is the expected rate of inflation. When the actual rate of inflation turns out to be less than the expected rate, your money holds onto more of its buying power. That's good. But if you're a borrower, a lower-than-expected inflation rate essentially costs you money. 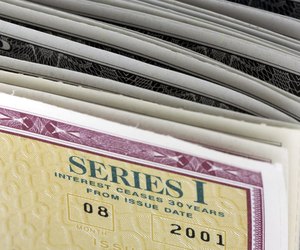 Some investments are protected against inflation.
credit: larryhw/iStock/Getty Images

Lenders charge interest on borrowed money so they will make a profit -- and inflation has a great deal of influence over whether they actually do profit. Imagine that you loaned someone $100 for a year at 1 percent interest. A year later, you get back $101 from the borrower. In pure dollar terms, you have "more" than you did before -- but if the rate of inflation during that time was, say, 1.5 percent, then you have really lost money. The $101 you got back has less real buying power than the $100 you loaned out a year earlier.

When setting interest rates, lenders start with the expected rate of inflation and then add in what's known as the "real" interest rate -- their actual return on the loan. For example, say you need to borrow $100 for a year. To make the deal worth its while, the lender needs to earn a 3 percent real return on its money. The lender expects the rate of inflation over the year to be 2.5 percent. So it sets the interest rate on the loan at 5.5 percent -- 2.5 percent to take care of inflation, and 3 percent to get its required return. This "total" rate is referred to as the nominal rate.

Effects on Borrowers and Lenders

When the actual rate of inflation is lower than the expected rate, borrowers wind up paying more than they "should" in interest. Continuing the example from before, say that the actual rate of inflation turns out to be 1.2 percent rather than 2.5 percent. You're still paying the 5.5 percent nominal interest rate on the loan, since that rate is specified in the loan agreement. But now the lender is enjoying a real return of 4.3 percent after inflation, rather than the mere 3 percent it was expecting. Good for the lender, bad for you.

The situation is reversed when the actual rate of inflation turns out to be higher than the expected rate rather than lower. In this case, it's borrowers who get the better deal: they're paying less interest than they "should," while the lender sees its real return reduced as inflation eats up more of the nominal interest on the loan. In a way, taking out a loan is a bet with the lender: If inflation is higher than expected, you "win" and get a cheap loan; if inflation is lower, you "lose," and the lender makes extra profit.

Borrowers have options when the actual inflation rate is lower than the expected rate. The simplest is to refinance the loan: take out a new loan at a lower interest rate -- with that lower rate made possible by a lower expected inflation rate -- and use the money to pay off the existing loan. Another option is an adjustable-rate loan, in which the interest rate fluctuates. You pay less if rates fall -- but you pay more if they rise.

What Happens to Debt When the Dollar Collapses?

What Is Nominal Debt?

How to Calculate Real Interest Rates

Why Does the Federal Reserve Raise Interest Rates?

The Basics
Saving
By: Terry Mann