How Long Can I Go Without Paying Property Taxes Before I Will Be in Foreclosure?

Property taxes are due for homeowners every year. Over time, the tax bill itself may change as the assessed value of your home changes, and levies for schools, roads and other public works rise and fall. Neglecting property tax payments can lead to the loss of your home through a forced sale, although the process is slightly different than for foreclosure due to a mortgage default. 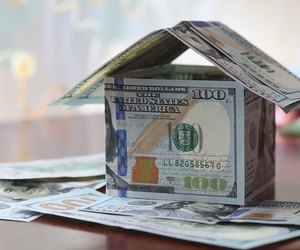 How Long Can I Go Without Paying Property Taxes Before I Will Be in Foreclosure?
credit: alexkich/iStock/GettyImages

By law, a county or city taxing authority has the authority to claim a lien on real estate for which property taxes are due. If the tax goes unpaid, the agency also may have the ability to sell or auction its tax lien to a third party, which thereby gains the right to collect the overdue tax plus interest at a rate set either by state law or by the rate that was bid at the auction. If the property owner does not pay the tax due within a limited redemption period, the lienholder then can foreclose on the home and take ownership.

Redemption periods vary by state. Illinois, for example, enforces a lien redemption period of three years, during which interest on the unpaid taxes accumulates at the rate of 36 percent per year.

Some states offer redeemable deeds rather than tax liens. In this arrangement, an investor pays the overdue property taxes up front and in exchange is granted a deed on the property. If the taxes then are paid by the homeowner, the amount includes a penalty which represents the return on investment for the deed buyer. The redemption period, again, varies by state -- and in some cases by whether or not the property is the owner's legal homestead. For non-homesteaded property in Texas, for example, the redemption period is a relatively brief six months. The Lone Star state does not require a foreclosure -- ownership automatically transfers to the deedholder at the end of the redemption period.

Some states allow the property tax authority to foreclose on the home directly if taxes go unpaid. In Michigan, state law allows any public taxing agency -- state or local -- to claim a lien on property once 35 days have passed after a final bill is sent to the homeowner. As for property taxes, the homeowner forfeits the property to the agency in the second year of a tax delinquency. The foreclosure process begins after March 31 of the third year, in a process carried out by the Michigan Foreclosing Governmental Unit.

A homeowner may have very limited legal recourse to or appeal of a property tax foreclosure. Appeal options vary by state, but by the time the property tax bill is in arrears, actions such as appealing an unjust appraisal are unlikely to stall the process. By declaring bankruptcy, however, a homeowner may be granted an automatic stay that halts collection actions by all private and public creditors. This would give the delinquent homeowner a chance to make good on the taxes in an arrangement under the court's supervision. But bankruptcy will not discharge tax debts--one way or another, the tax situation must be resolved, or the property will be forfeited.

What Is a Redemption Deed?

What Will Happen If I Don't Pay My Property Taxes?

The Basics
Taxes
By: Sharon Platz

How Long Until a Tax Delinquent Property Is Sold for the Taxes?

The Basics
Taxes
By: Kathy Burns-Millyard

The Basics
Taxes
By: Scott Krohn

How to Buy a Foreclosed Property by Paying the Back Taxes