How Many Months Can I Draw Unemployment if I Live in Texas?

Several factors determine how long you can draw unemployment insurance benefits in Texas. The biggest is the availability of federal benefits on top of the usual state benefits, since the federal program more than triples the standard duration of your eligibility. Without federal extensions, which could end after 2011, your recent employment wages determine the exact duration of your eligibility for benefits. 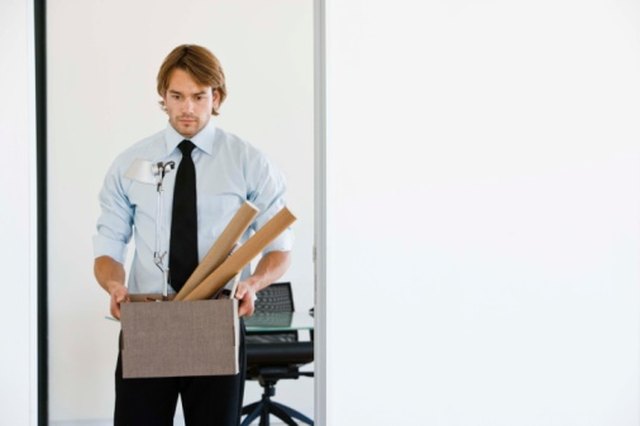 State unemployment benefits in Texas and elsewhere usually are payable for up to 26 weeks, or six months. Because of persistently high unemployment, the federal government has provided funding through 2011for as many as 73 weeks of additional benefits for claimants in some states. These extensions are divided into three "tiers" and Extended Benefits, and eligibility for the continuation of each depends on the state's unemployment rate. In Texas, as of the date of publication and based on the state unemployment rate, 67 of those additional weeks are available, for a total of 93 weeks. That comes out to about 21 1/2 months of eligibility.

Federal funding is available in Texas and all other states only through the end of 2011 unless the government chooses to extend it. After Dec. 31, 2011, with no extension of funding, you could receive federal benefits only until concluding whatever "tier" of benefits you are receiving on that date. In that case, if your regular 26 weeks of Texas unemployment benefits ends after Dec. 24, 2011, you would not qualify for any further benefits. If they end before that day, you could qualify for Tier I benefits of 20 weeks. If your Tier I benefits exhausted before December 31, 2011, you would qualify for an additional 14 weeks under Tier II, with the same applying to Tier III for 13 weeks. However, without additional funding, the last date you could receive extended benefits in any tier would be through June 9, 2012. If you are on the final tier of 20 weeks, known as the Extended Benefits program, your benefits would cut off immediately in January 2012 rather than at the end of the tier.

Earnings during your base period — the four calendar quarters before the current quarter and the one prior — determine whether you can receive all 26 weeks of available state benefits. Most people receive 26 times their weekly benefit rate as calculated by the state, thus providing them with six months of benefits. But for low-wage earners, Texas state laws call for total benefits to instead be 27 percent of overall base-period earnings if that figure is less than 26 times their weekly benefit rate. Dividing that total benefit amount by your weekly rate in that case would leave you with fewer than 26 weeks.

Once Texas establishes your eligibility for unemployment benefits, you do not have an automatic right to receive them for up to six months through the state program, or more than 21 months if current levels of federal funding remain in place. The state requires you to respond to queries from the Texas Workforce Commission regarding your ability and availability to work, as well as adhere to work-search guidelines. You have to fill out an application to qualify for the first tier of federal benefits, although eligibility usually is a formality since it is based on the same criteria as regular state benefits; eligibility for the subsequent federal tiers is automatic. You also must be willing and able to accept any job offer that suits your qualifications and experience based on the state's evaluation. If you do not fulfill these requirements, the state could cut off your benefits.

What Happens to Unemployment Benefits After 26 Weeks?

How Long Can I Draw Unemployment in New Jersey?

What Happens When My Unemployment Runs Out in California?

How Long Are the Benefits for Texas Unemployment Compensation?

How Long Can You Draw Unemployment Benefits?

The Basics
Insurance
By: Michaele Curtis