Banks make money by taking in deposits and lending money at a higher rate of interest than they pay their depositors. The banks make a profit on the spread between the two rates. It doesn't much matter to a bank who it lends money to as long as the principal gets repaid and interest is paid on time according to contract. The Federal Reserve places certain restrictions on the type of loans a bank can make, but the bank's management decides the mix of types of loans. 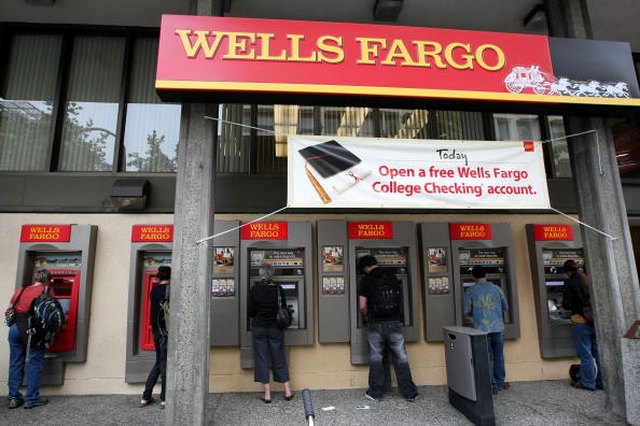 Banks make money by investing or loaning your deposit money.

A commercial bank has several different portfolios, including its real estate loan portfolio, consumer loan portfolio, cash portfolio and reserve portfolio. A bank cash portfolio supplies the daily cash transactions of depositors. Extra cash is put to work in overnight investments such as reverse-repurchase agreements. The bank will purchase Treasury securities from a bond dealer, agreeing to buy them back at a specified date. The term of these "reverse-repos" is generally overnight to a few days. The bank receives the interest earned from these bonds during the time it owns them.

Reserves must be kept in cash equivalents but a bank also has excess cash that will eventually fund loans. That money can be invested in money market securities and bonds that mature in less than five years. If a bank can attain a return on Treasury or corporate bonds that competes with risky real estate and consumer loans, the bank will emphasize the less-risky bonds.

Banks make continual use of repurchase agreements to leverage their investable cash. Treasury bonds held in one of the bank portfolios can be used in repurchase agreements with bond dealers. In a repurchase agreement, the bond is sold for agreed price. The repo is written for a specific period of time, with the agreement that the bond will be repurchased at the original repo price at the end of the agreement term. The dealer receives some of the interest earned on the bond during that time. The bank uses the money to purchase more bonds, which it also puts out on repo. The bonds generally pay more interest than the repos cost, so the bank increases its investment rate of return through leverage.

Economic conditions and market interest rates occasionally make it necessary for banks to resist making real estate and consumer loans and hold money in Treasury bills, Treasury notes and other safe investments. A bank must carefully protect its depositors' money even though that money is insured through the Federal Deposit Insurance Corp., or FDIC. If a bank does not manage risk well, it may be removed from membership in the FDIC, which will greatly limit its ability to attract deposit money.

What Are the Functions of a Commercial Bank?

The Definition of a Bond Forfeiture Warrant

The Risk of Commercial Banks

The Basics
Saving
By: Gilberto Fuentes

How to Cash a Certificate of Deposit