The Effects of Borrowing Money

Borrowing money is part of the American experience. As of 2010, the total amount of consumer debt in the United States was nearly $2.4 trillion, according to Money-Zine.com. That number does not include investment debt such as mortgages and business loans. Most Americans borrow money casually via credit cards and consumer loans, but fewer people really understand the effects of borrowing money. 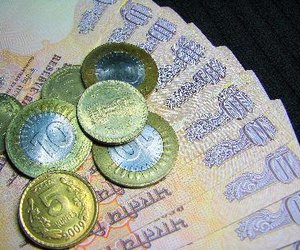 Borrowing money allows you to make financial moves before you have amassed the resources to buy something for cash. In the short term, this allows you to enjoy an experience or possession sooner than you would otherwise. In the long term, it's possible to leverage the power of that money in order to make a profit--such as investing money from a business loan into an enterprise that becomes popular. This access to money for investing is a core part of many entrepreneurial plans.

Borrowing money means paying more for something than you would if you waited until you could buy it with cash. In a professional loan arrangement, this cost comes in the form of interest. A lender will charge you a percentage of the loan amount each year for the purpose of using their money. In the case of long-term loans like mortgages, the interest you pay can add up to nearly--or even more than--the original purchase price. Even if you're not paying interest on a loan, you would pay in the form of stress or in strained relations with the person who loaned you the money.

"Debt slavery" is a term used by anti-debt financial gurus like Dave Ramsey. The term refers to the fact that many families get overextended on credit and end up putting a large portion of their income into paying off debt. In some cases, they are mostly just keeping up with interest and not touching the principal responsible for this debt. This can result in immediate stress, taking on overtime or extra jobs, and delaying retirement by several years. Uncontrolled access to borrowed money can have a seriously negative effect on your quality of life.

Borrowing money is not a bad thing in and of itself, writes financial advisor Rob Kiyosaki. Used responsibly, it can improve your quality of life by allowing you to leverage your reputation into financial opportunities. The trick is to balance you access to credit against your ability to pay down your loans. Although everybody's situation is different, Kiyosaki draws a simple line in the debt sand. You should borrow money that will help make you money, such as with a student loan or a house that will appreciate in value. You should pay cash for things that won't make you money, like a new car or bigger television.

The Negative Effects of Credit Card Use

What Are the Advantages & Disadvantages of Having a Large Cash Balance?

The Basics
Saving
By: Dennis Hartman

Advantages & Disadvantages of Borrowing Money From the Bank