Statute of Limitations on Debt in Oregon

A bad debt doesn't hang over your head forever. Oregon law sets a limit on how long your creditors can wait before suing you to recover the money. If the deadline passes, the debt is null and void. Oregon's rule is normally six years. 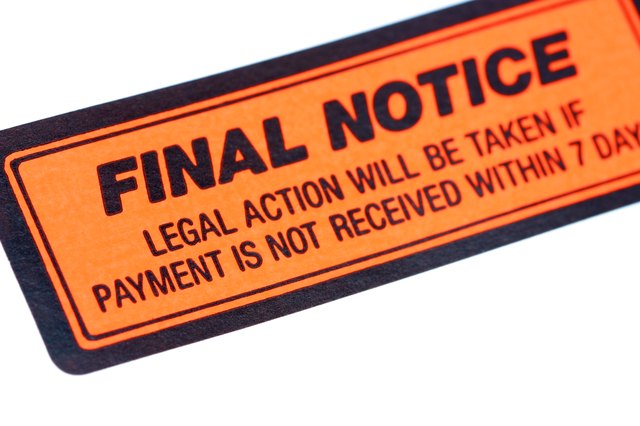 Just because a creditor says you have to pay doesn't make it true.
credit: Gloria-Leigh Logan/iStock/Getty Images

Oregon's statutes say that six years is the longest a creditor can wait before taking action to collect. This applies regardless of whether you incurred a medical debt, a credit card debt or you didn't pay your auto loan. While you might expect a creditor to sue as soon as you default, some really do take years to get around to it. If the creditor takes you to court and wins, the creditor can secure a judgment in its favor. It then has 10 more years to try to collect the money.

If your contract or agreement with the creditor gives it less time to sue, you may be free in less than six years. For example, some credit card companies settle disputes under Delaware law, which only gives them three years to sue over debts. However, an Oregon appeals court ruled in 2012 that if the credit card company sells the debt to a collection agency, Oregon's six-year limit applies. The state Supreme Court subsequently rejected an appeal of the case, so the appellate decision stands at the time of writing.

Once the statute of limitations passes, you're off the hook. Your creditor can't legally sue or take any action to collect what you owe. It's just as if you had never incurred the debt. Some debt collection agencies, however, ignore the law in the hopes of squeezing money from you. A debt collector may claim the debt is still active, tell you you're still liable for the debt or threaten legal action against you. If six years have passed, there's nothing the creditor can do to force payment.

If you're not completely sure the statute of limitations has expired, contact the debt collector in writing and ask for written verification that you owe the money. You have to do this within 30 days of the collector's first contact with you. If you're really off the hook, notify the collector and ask him to stop contacting you. You can also report the collector to the Oregon Department of Justice for violating the law.

New Jersey Statute of Limitations on Enforcing a Debt

The Basics
Debt
By: Jeannine Mancini

What is the Statute of Limitations on Debt In Florida?

How to Avoid Collection of a Judgment

How to Beat a Credit Card Lawsuit

The Basics
Debt
By: Contributing Writer