A stock market crash could wipe out your 401(k) and leave you without a nest egg for your retirement years. While stocks provide you with growth opportunities, there are other, less volatile investments that can better withstand a market downturn. No investment is entirely risk free, but bonds, cash equivalents, annuities and bank products are among the more conservative options. 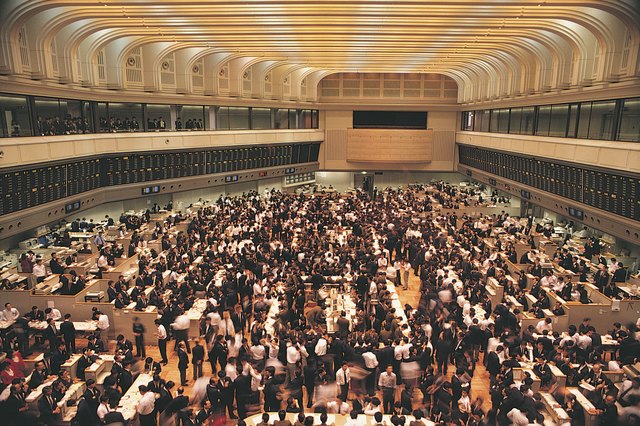 A certificate of deposit is a type of savings account that generates a fixed rate of return for a set period of time. You can buy CDs directly from banks and credit unions, but you can also hold these accounts within a 401(k). CDs are principal-protected, which means the account cannot drop in value. Additionally, the Federal Deposit Insurance Corporation insures bank-issued CDs held in retirement accounts for up to $250,000. This means the FDIC covers your losses up to that dollar threshold if your bank goes bust.

A standard 401(k) plan includes at least one money market mutual fund. These funds contain short-term, low-risk securities such as commercial paper. In theory, shares in a money market mutual fund remain steady at $1 per share at all times. During market downturns, investors often "park" cash in money market funds to avoid losing money in more volatile funds. During the severe recession that began in late 2007, some money market funds "broke the buck" as shares dropped below the $1 threshold. Consequently, the Securities and Exchange Commission tightened rules on these funds in 2010 and again in 2013 to reduce levels of risk.

Bonds are loan contracts involving creditors and debtors. As a bondholder, you receive regular interest payments from the bond issuer. Bonds can drop in value during a stock market crash. However, federal treasury bonds are viewed as the least-risky investment option since these are backed by the federal government. The same federal government in turn backs the FDIC and the entire banking system. Federal bonds come with a variety of term times ranging from a few months to several years.

Fixed annuities are insurance contracts that pay a set rate of interest for a particular timeframe. While structurally similar to CDs, annuities are not backed by the federal government or the FDIC. An annuity is backed by the full faith of the insurance carrier that issues it. However, insurance firms are regulated at the state level and each state has an insurance guarantee fund. The fund covers certain investor losses in the event that an insurance firm becomes insolvent. Coverage levels vary from state to to state. As with CDs, annuities are available in some, though not all, 401(k) plans.

When you play it safe and invest in low-risk options, you have to contend with inflation risk. This occurs when inflation outpaces your returns on your investments. Low-risk, low-yield securities such as treasury bonds and CDs often fail to keep pace with inflation. During a crash, you may keep your principal but over time, inflation can erode your gains. Therefore, many people hedge against a market crash and inflation risk by using an asset allocation model. This involves investing your 401(k) money in a variety of different investments, including stocks. You avoid keeping all of your eggs in one basket and the potential downsides associated with investing in any one type of security.

The Basics
Insurance
By: Nicole Manuel

Is a Certificate of Deposit Considered a Security?

What Are Investable Assets?