What Does Discharged Loan Mean?

Discharged loans are a form of discharged debt. Simply defined, a discharged loan is when an outstanding debt has been forgiven. Nearly all loans can be discharged under the right circumstances, though the most commonly discharged are student loans and home loans, or mortgages. The federal government maintains laws to help citizens with debt relief concerning discharged student and home loans. Financial attorneys should be sought for legal advice concerning loan discharge. 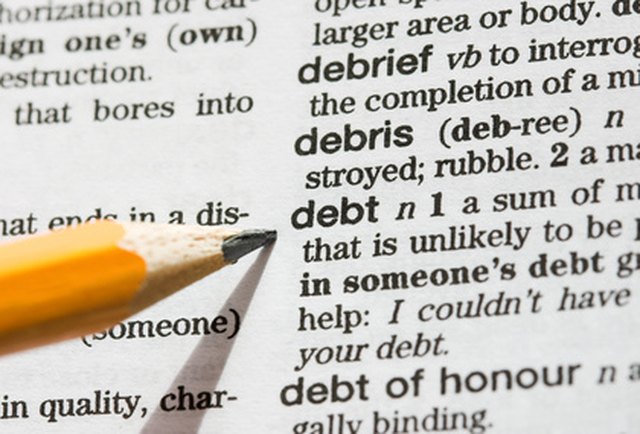 Discharged debt is debt that is forgiven. Debt is most commonly discharged in the United States on account of bankruptcy. Citizens filing for any type of bankruptcy – Chapter 7, 11, 12 or 13 – are eligible for discharging debt. In the event of bankruptcy, types of debt for which a citizen is eligible for discharge are determined by the court, as are specifics such as lien. Lien is the right of a lending agency to claim the property of a debtor in the case of a defaulted loan.

Though bankruptcy is the most common cause of discharged debt, other factors may affect a discharge, especially in the case of student loans.

The legality of discharged mortgage debt is determined on a case-by-case basis and is often related directly to the stipulations of the mortgage. As per the United States Federal Courts, mortgage debt is one type of long-term debt that may not be forgiven during a Chapter 13 bankruptcy.

However, Chapter 7 bankruptcy does permit the discharge of loan debt though not the cancellation of lien. Therefore, if a mortgage debt is canceled under Chapter 7, the lending agency may have the right to seize the mortgaged property in exchange for the discharged debt.

Some properties are exempt from seizure under Chapter 7, though the specifics of exemption are complex. The U.S. Federal Courts suggests individuals seek legal council with regards to such an exemption.

The IRS provides debt relief forgiveness through the Mortgage Forgiveness Debt Relief Act and Debt Cancellation. As per this law, any debt discharged on a primary residence, such as mortgage debt, is exempt from taxation. In order to qualify for such a tax exemption, the amount of a discharged mortgage debt must be less than $2 million for a couple or $1 million for those who are married but filing jointly. In the event of bankruptcy, no discharged debt is taxable, including student loan and mortgage debt.

What Does It Mean When a Bankruptcy Is Discharged?

The Basics
Taxes
By: Joseph Scrofano

IRS Rules for Cancellation of Debt

The Basics
Taxes
By: Angela Odum

The Basics
Debt
By: Leslie McClintock

What Does It Mean If Your Loans Go Into Default?

The Basics
Debt
By: Jack Ori

How to Report a Cancellation of Debt on a Schedule K