The Instructions for IRS Form 8615

Since its inception in 1986, the "kiddie tax" -- a special tax law created as part of the Tax Reform Act of 1986 -- has undergone changes in its attempt to collect tax income that would otherwise be out of the reach of the Internal Revenue Service (IRS). The kiddie tax was created to empower the IRS to collect tax from income that parents and guardians were putting in the names of their children, whose tax rates are lower than those of the parents. In effect, it authorizes the IRS to tax investment income from children at the parent's rate rather than the children's lower rate. For IRS purposes, investment income includes income from dividends, capital gains and interest among others. 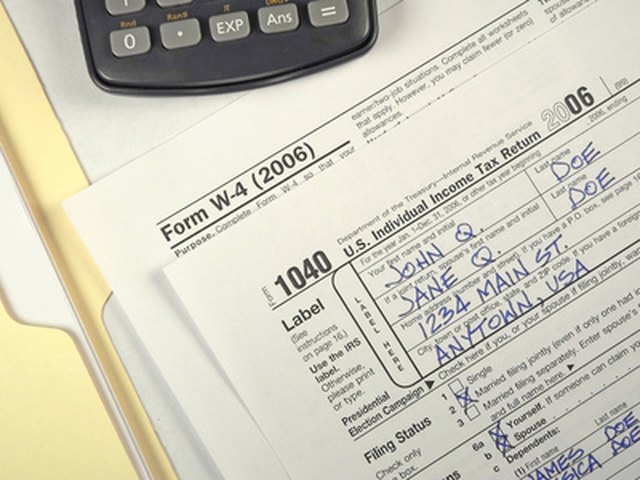 Determine the child's investment income. The kiddie tax is only applicable when the investment income of the child is more than $1,900. Form 8615 should also be filed for children who at the end of the year were 18 years of age, but whose earned income was not more than one-half the child support. This also applies to full-time students between the ages of 18 and 24. The IRS defines "child support" as all the amounts used to provide the child with food, clothing, shelter, education, medical care and other necessities but excludes scholarships provided to full-time students.

Choose between filing by the child or the parent. An additional condition that must be met for the filing of Form 8615 is that one of the parents must be alive at the end of the year. When both parents are alive and file jointly, the IRS requires that the name and Social Security number of the parent whose name appears first in the joint returns be listed on Form 8615. Additional instructions govern filing instructions where the parents are divorced or separated.

Does My 14-Year-Old Have to File a Tax Return?

How Do I Claim My Child's Income on a Tax Return?

The Basics
Taxes
By: Kimberlee Leonard

How to Claim a Foster Child as a Dependent