How Much Money Will I Need to Retire at 55?

The idea of retiring at age 55 can seem attractive for many reasons. At this age, you've probably done a lot of the work of raising your family, you've achieved many of the successes you wanted out of your career, and you will still be healthy and active enough to enjoy your favorite leisure activities for many years -- maybe even decades. But by any measure, retiring at age 55 is an early retirement -- it's a full seven years before you can start collecting even partial retirement benefits. Being able to retire comfortably while you are so young requires careful planning, and a lot of money. 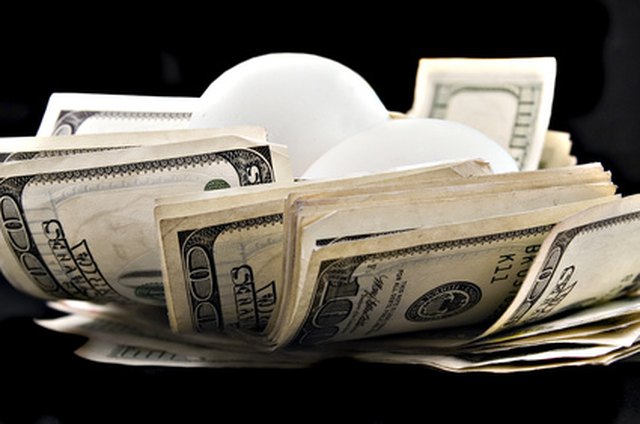 Before you calculate how much money you will need to retire at age 55, you should consider how much debt you will have at that age. You should pay off all your high-interest credit card debt and, ideally, your mortgage before you retire early. Nearly three-quarters of retirees who had debt acknowledged in a survey cited by Consumer Reports that their debt affected their financial security.

Deciding exactly how much you need to retire at any age is a personal decision, but the best way to calculate it is to determine your retirement budget. Keep in mind that if you are retiring at age 55, you will probably want to spend more money on entertainment and traveling than you did when you were working, and possibly more than most people would spend if they retire at a traditional age. You will also have to spend more on health insurance, because you won't be eligible for Medicare until you turn 65. Expect your budget to decline as you get older. Most 55-to-64-year-olds spend 20 percent more on clothing, entertainment, food and other items than people aged 65 to 74, who spend about 30 percent less than those 74 and up, according to the U.S. Bureau of Labor Statistics 2006 Consumer Expenditure Survey.

If you retire at age 55, you should be prepared to pay for your living expenses for at least the next 30 years, but not all of that money can come out of your retirement savings right away. You can tap into your 401(k) without having to pay a 10-percent early withdrawal penalty at age 55, but you won't be able to use IRA savings penalty free for four and a half more years, and you won't be eligible to receive even partial Social Security benefits until you're 62. That means you will have to rely more heavily on your investments and traditional savings accounts during that period.

If you have an employee-sponsored pension, you will probably be in a better position than most people to retire at age 55. But you might not be able to count on your full pension right away. Some companies will allow employees who retire at age 55 to collect only a percentage of their pension until they reach a more traditional retirement age. If you won't be able to collect your full pension when you retire, you should plan to supplement your pension with more money from your savings.

Retiring at age 55 makes your investment strategy more complicated than it would be if you were retiring later. If you put too much of your money in fixed-income securities like bonds or certificates of deposit, you risk missing out on growth in the economy over the next 30 years and seeing your nest egg shrink because of inflation. You also can't trust average rates of return as much as older retirees because your longer retirement will mean there will be more years in which the returns could be below average, forcing you to dip into your investment principal and reduce your stock-market earnings when the market picks up. A financial planner interviewed by Consumer Reports in 2008 recommended having at least one or two years worth of the living expenses you've estimated in your budget in a liquid account you can draw from before you retire. That way, you can dip into that account to cover living expenses without having to sell your stocks when the market is down.

What to Do If You Have No Retirement at 60?

Can You Invest While You're in Debt?

The Basics
Debt
By: Kayleigh Roberts

How Much Will You Need to Retire?