When the parents of a child are divorced or separated, the tax code allows the "custodial" parent to claim the income tax exemption for that child. However, the custodial parent can choose to let the other parent take the exemption. Parents use Internal Revenue Service Form 8332 for this. If, later on, the custodial parent wants to take the exemption back, that parent also uses Form 8332 to do so. 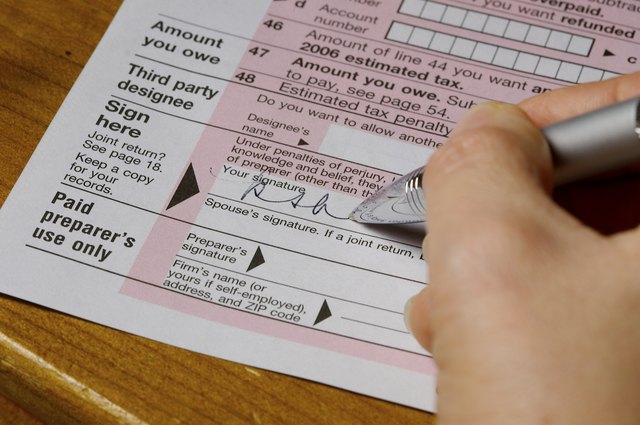 As far as the IRS is concerned, whichever parent lives with the child for the majority of the year is the custodial parent. That's the case regardless of what a divorce decree or separation agreement says about custody. For example, if two parents have joint custody, and the child lives with Mom for 170 days out of the year and with Dad for 195 days, then Dad is the custodial parent for tax purposes and has the right to the exemption. The exemption itself is a substantial tax break. At the time of publication, it reduced taxable income by nearly $4,000 per child. Parents can't "split" the exemption between them; it's all or nothing.

To give up, or "release," the exemption to a noncustodial parent for the current tax year, fill out Part I of Form 8332. Start by entering the name and Social Security number of the noncustodial parent at the top of the form. Then, in Part I, provide the name of the child and the current tax year. Sign the form, provide your own Social Security number, and date the form. To give up the exemption for future years, fill out Part II of the form. The information is the same as in Part I, except that you specify the future years for which you're releasing the exemption. You can also simply write "all future years" in the space provided.

Custodial parents can take back the right to claim the exemption by filling out Part III of Form 8332. Provide the name of the child and the years for which you are revoking the release, or write "all future years." Sign and date the form and give your Social Security number. Custodial parents must provide this version of the form to the noncustodial parent, or at least make a "reasonable effort" to do so. The IRS strongly recommends obtaining proof that this form was delivered, such as a registered mail receipt, or documenting your attempts to deliver the form.

Tax Rules for a Non-Custodial Parent Claiming a Child

Can My Parents Claim Me on Their Taxes?

The Basics
Taxes
By: Lanae Carr

Does Child Support Stop if I Terminate My Parental Rights?

How to Claim a Newborn on a Tax Return

The Basics
Taxes
By: Pamela Gardapee