You hear a lot of talk about the "Average American Family." How many members does it have, where do they live, what do they eat? All of these are popular topics. But the primary figure bandied about is the income of an average American family. This number can vary greatly, depending on the parameters used to manipulate the data. 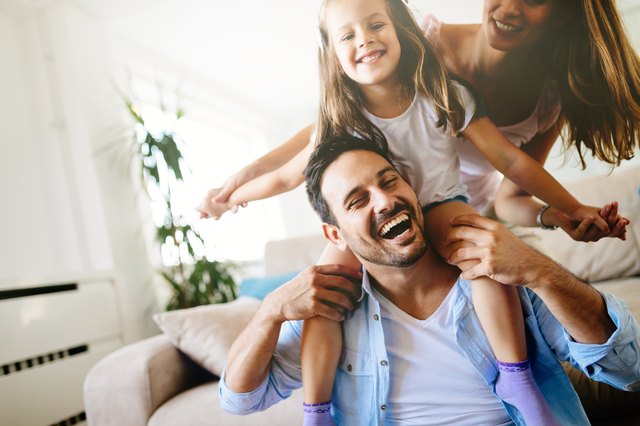 The Average Income of an American Family
credit: nd3000/iStock/GettyImages

What is an Average American Family?

According to the U.S. Census, a family is a group of two or more people who are related by birth, adoption or marriage. In 2017, of the roughly 82 million families in the United States, the average family had 3.14 members. The number of members in a family varies widely by state. For example, Hawaii has an average family size of 3.63, while North Dakota's average was much lower at 2.98.

The average income of an American family varies enormously depending on certain factors. For example, the average income for a family in Maryland was $78,945, while in Mississippi, the average was $41,754. The median income (the income that is in the exact middle in a numerically-ordered list) was lower than the U.S. median in 28 states, higher in 19 states and in Vermont, Oregon, Nebraska and Washington, DC, income equaled the national median. There was also a variation across the largest metropolitan areas. The San Francisco-Oakland-Hayward, CA Metro area had a median income of $96,667, while the Tampa-St. Petersburg-Clearwater, FL Metro area's income was $51,115.

Averages Across Ethnicities and Age

Definition of Low Income in Canada

The Basics
Taxes
By: Seamus Islwyn

How to Calculate Median Family Income

The Basics
Renting
By: Sapling Team

The Basics
Insurance
By: Cindy Quarters