How to Cash Canadian Checks in U.S. Banks

Whether you're a Canadian snowbird spending time in the U.S. or you're an American who regularly has business dealings with Canada, if you receive Canadian checks, you'll need to take extra effort in depositing them. While most U.S. banks will let you cash Canadian checks, they may impose long hold times and costly fees. If you receive a lot of checks from Canada, it's worth having a second bank account just for depositing Canadian checks that offers low fees and short hold times. That way you'll have your money sooner. 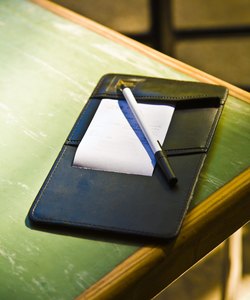 Cashing a Canadian check often is more problematic than depositing one. U.S. banks commonly require that Canadian checks be deposited into a checking account, and foreign checks often come with extended hold times and extra fees. As a result, you may not have access to the funds right away.

Banks may offer you different options for depositing or cashing Canadian checks. Depending on the bank, the ATM may provide you with the option of depositing foreign currency. You also have the option of visiting the teller and depositing the check in person.

The Basics
Saving
By: cherylm

How Do I Cash a Check in U.S. Dollars in Canada?

The Basics
Saving
By: Stephen Benham

How to Convert Currency

How Do You Cash an International Money Order?