Russia is one of the world's largest diamond producing nations, accounting for 21 percent of global raw diamond output. Russia's largest mine, Mirna (now closed), formerly produced 2 million carats per year for both personal and industrial use. 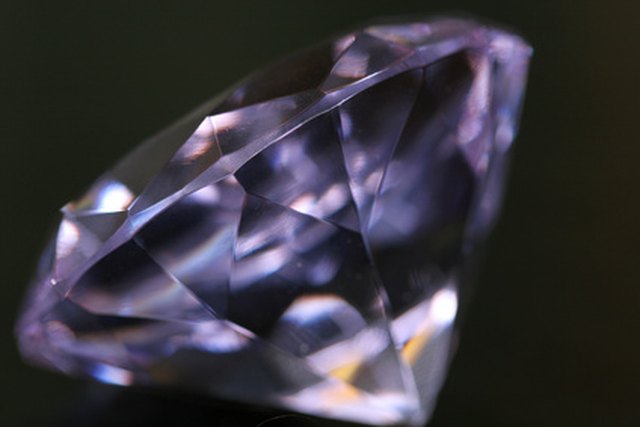 Diamonds are often cut to emphasize their aesthetic qualities.

Synthetic diamonds have been produced since the early 20th century with varying degrees of success. Since the 1950s the Gemological Institute of America has begun to rate synthetic diamonds in comparison to diamonds mined from countries such as Russia.

It is important to note that Russia is also a major producer of synthetic diamonds.

Diamonds mined in Russia are of varying quality. The Russian diamond industry is monopolized by the state, which sells the diamonds to gem cutters or to heavy industry, depending on the quality of the diamond. Russian natural diamonds are increasingly being used in jewelry, as cheaper synthetic diamonds have become dominant in industry.

Russia is one of the world's leading producers of synthetic diamonds. In the past, these diamonds have been unable to replicate the color and quality of natural diamonds; however, due in part to processes discovered by Russian scientists, gem grade diamonds are now produced. In the 1980s, Russian scientists created a compact machine capable of producing industrial grade diamonds cost effectively.

While Russians may have dominated early research into synthetic diamond production, American research and entrepreneurship has been making them ever more available in non-industrial markets. In 2008, researchers at Carnegie-Mellon demonstrated a process whereby synthetic diamonds matched or exceeded the quality of mined diamonds. These synthetics are significantly cheaper than Russian natural diamonds.

For industrial purposes, a synthetic diamond (either American, Russian or otherwise) is superior because it has the same physical properties at a fraction of the cost.

Putting a (Beautiful and Budget-Friendly) Ring on It

Do Diamonds Appreciate or Depreciate in Value?

How to Buy Gold Direct From Miners

The Average Cost for a HVAC System