The Advantages of Investing in a Growth Stock

A growth stock is a company whose shares are expected to grow faster than the overall market average. Normally, these stocks don't pay dividends because they are in an emerging sector and prefer to reinvest to keep the company growing. In theory, this reinvestment keeps the company's growth stimulated so shares of the stock grow in value exponentially. While there's no guarantee on how long—or even if—growth can be sustained, the appeal of such stocks is obvious. 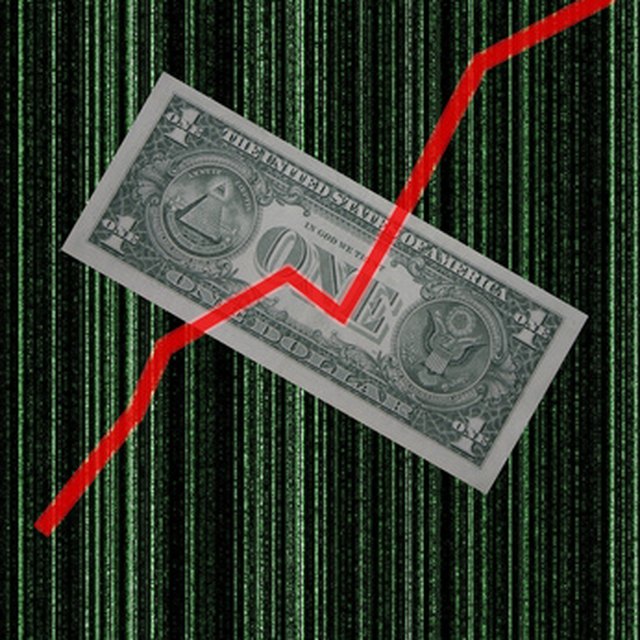 Growth stock investing can be a profitable ride.

A growth stock investment strategy attempts to find companies that are already experiencing high growth and are expected to continue to do so into the foreseeable future. To investors eager to capitalize on this momentum, rapid growth means a fast and sustained increase in the stock price, which leads to a faster accumulation of wealth. A good example of growth stocks can be seen in the Internet sector during the late 1990s—the so called dot-com boom and bust. Many companies saw their fortunes amass and dwindle away rapidly, but a few remained and became long-term players on the scene; Amazon.com and eBay, to name two. A seasoned investor would have noticed the rapid appreciation of price and jumped in for the ride up, then been out of his position by the time the correction started. That there will eventually be a correction in the stock price of all growth stocks is inevitable. The only question is when.

Blue-chip value stocks such as Wal-Mart, Microsoft, and General Electric weren't always industry leaders. First, they were up-and-comers with growth stock aspirations. By identifying companies with the potential to dominate their industry in the future, the growth stock investor sets himself up to catch a ride on a rocket that, though it may experience minor corrections, is set to become a solid company for the next 50 or 100 years, or even more.

A company that has shown sustained growth of 10 percent to 12 percent for a period of five years can be seen as a dynamic business. Even while the general market may be stagnant or even slumping, a strong growth stock company has a product or service that transcends the overall trend. The consumer market wants what the growth stock company is making and will pay for it. This is an advantage that should not be overlooked.

What Is a Good P/E Ratio for Stocks?

How to Know When is the Right Time to Buy Stocks