How to Calculate Present Value of a Perpetuity

A perpetuity is an endless stream of cash flows. At face value, it can be hard to determine its value. Because an investor can earn interest on investments, the value of a dollar today is worth more than a dollar tomorrow. Using this concept, a present value calculation discounts future cash flows based on the potential return an investor could earn on that money. 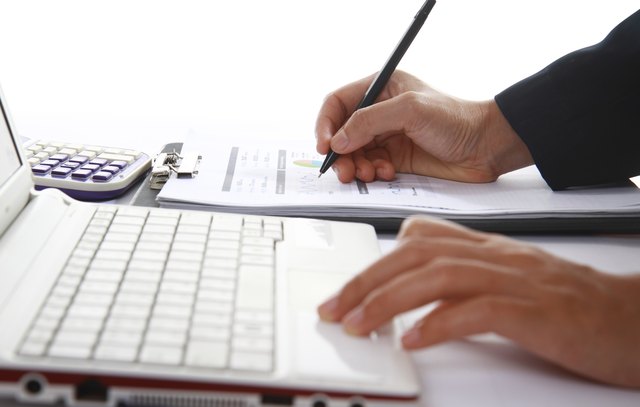 Close-up of a woman examining financial documents while typing on a laptop
credit: ndoeljindoel/iStock/Getty Images

Most investors think of investments in terms of a specified time frame. In contrast, a perpetuity is an infinite series of cash payments. Another way to think of a perpetuity is a bond that never matures. Financial perpetuities are uncommon, but they do exist. Governments often offer perpetuities in the form of continual payments for maintenance on schools and parks. It's common for businesses and individuals to gift cash endowments to non profit charities and schools in the form of interest payments on endowed funds.

Normally, investors find an investment's present value by identifying and discounting each future cash flow. Since a perpetuity is infinite, it technically does not have an ending cash flow. However, an integral rule of finance is that a dollar today is worth more than a dollar tomorrow. Since the value of the future payments eventually reduce to almost zero, present value still accurately estimates the value of a perpetuity.

Present Value of an Even Perpetuity

Present Value of a Growing Perpetuity

Some perpetuities may offer increasing large payments over time. The most common example of a growth perpetuity is company stock that is growing at a constant rate and pays a consistent dividend. The formula for the present value of a growth perpetuity is the payment amount divided by the rate of return less the grown rate. For example, say your perpetuity pays $100 annually, the rate of return is 3 percent and you expect the payment to increase by one percent a year. The present value of the perpetuity is 100 divided by 0.02, or $50,000.

How to Calculate Terminal Value as a Growing Perpetuity in Excel

How to Calculate the Dollar Weighted Rate of Return

How to Calculate the Present Value of an Ongoing Payment

How to Calculate a Coupon Payment