How to Calculate an Inflation Rate Using GDP Deflator

While the Consumer Price Index is the more commonly used inflation measure, the GDP deflator provides a more comprehensive measure for price changes in the economy. The CPI is based on a market basket of about 400 goods and services purchased by the typical consumer. The GDP deflator measures price changes in the economy as a whole, including business investment, government spending and net exports (exports minus imports). 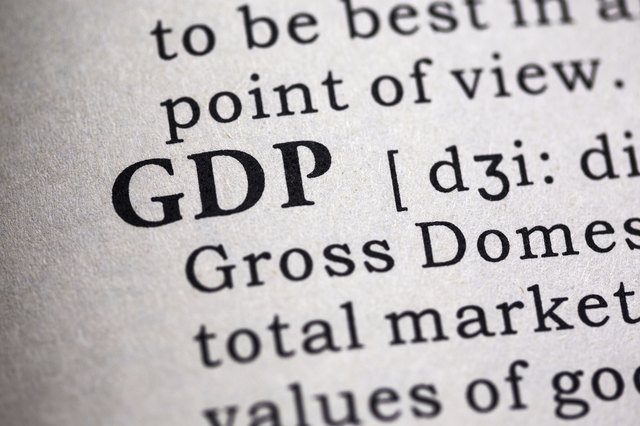 The numbers that make up the GDP deflator are compiled by the Bureau of Labor Statistics and are calculated on a quarterly basis. The GDP deflator is defined as the nominal GDP divided by the real GDP multiplied by 100. The nominal GDP is the value of economic activity measured in current dollars -- dollars of the period being measured. The real GDP includes the same economic activity but uses the prices from a base year. The GDP deflator in the base year is 100. If prices are rising -- and they usually are -- then the GDP deflator will be greater than 100 in subsequent years, revealing how much prices have risen from the base year. If the GDP deflator rises from 100 to 105 the following year, then prices rose by 5 percent. If it rises to 108 the next year, then prices rose 2.8 percent the second year -- (108-105)/105.

How to Calculate Real Disposable Income

What Does an Increasing GDP Mean? What Does GDP Mean?

How to Calculate Appreciation