What Is the Average Retirement Income in the United States?

An AARP report found that the average income of older Americans was $31,742 in 2012. While Americans aged 65 and older, on average, depend primarily on Social Security benefits, many also draw income from other sources. 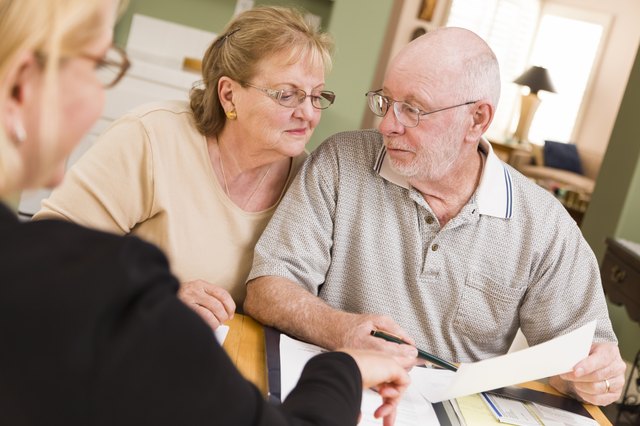 A couple going over finances with an adviser.
credit: Feverpitched/iStock/Getty Images

Sources of Income for Older Americans

The AARP report found that 84 percent of older Americans receive Social Security. Additional sources of income can include interest on savings, pensions, estates, trusts and survivor's and veteran's benefits. In addition, people are increasingly working during their senior years. The total income older Americans receive from working has doubled in recent history. In 1990, this amount was 15 percent of all income of those over age 65; in 2012, it was 30 percent.

The U.S. Department of Labor notes that Americans on average spend 20 years in retirement. Most Americans have not calculated the income they will need during that period of time. The AARP provides tools that include an online calculator to assist people in determining whether they are saving enough, how long their money will last and how long they may have to stay in the workforce.

The Average 401(k) Balance at Retirement

How Much Net Worth at Retirement Does the Average Person Have?

How to Calculate Postal Retirement