How Does Tax Evasion Affect the Economy?

According to "The Guardian" newspaper, the U.S. economy lost an estimated $337 billion in 2014 as a result of illegal tax avoidance, or tax evasion. Other studies put the figure even higher. The taxes commonly evaded include federal and state income taxes and state and regional sales and real estate taxes. Tax evasion deprives government of money needed to carry out laws and initiatives, reduces the effectiveness of government and increases budget deficits. 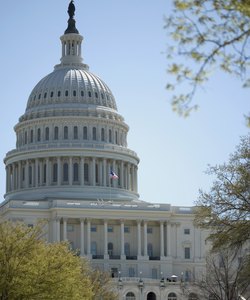 The Size of the Problem

The "Guardian" estimate of revenue lost to tax evasion is substantially lower than a 2012 study quoted in an online National Center for Policy Analysis article, which estimated that in 2011 alone about $2 trillion dollars in income went unreported to the Internal Revenue Service. The latter article concluded that the revenue loss on this unreported income amounted to at least $450 billion. As the study's authors note, the amount annually unreported has steadily grown since 2001 and remains between 18 and 19 percent of all income.

Evasion of real estate taxes has not been quantified in the same detail, but a 2012 "New York Times" article notes anecdotally that real estate tax evasion is widespread. As far as state income tax evasion goes, since state return figures are reported to the IRS and cross-checked with the federal return, it seems likely that the evasion on state returns is similar to the 18 to 19 percent evaded on federal returns.

How Tax Evasion Hurts the Economy

Academic studies, such Joel Slemrod's "Cheating Ourselves: The Economics of Tax Evasion," tend to look at the effect of tax evasion on tax policy more than on the direct negative effect on the economy. The effect may be academically uninteresting because it's so obvious: If $450 billion in revenue is lost to the federal government because of income tax evasion, then $450 billion in federal programs cannot be funded or, if funded, will have a negative effective on the national debt, which will grow by the same amount. This has political implications.

Tax evasion impacts all federal programs; they must either be shrunk or funded through deficit spending. Reducing the available revenue at the state and local levels has a similar effect. Advocates of small government oppose deficit spending and support reducing the federal budget. In the words of Grover Norquist, the goal of small government advocates is to "shrink government to the size where we can drown it in a bathtub." In this regard, it may seem that the secondary effect of tax evasion is to strengthen the hand of "small government" conservatives. This, however, is not demonstrably the case.

A 2013 Tax Foundation article, "The Distribution of Tax and Spending Policies in the United States," notes that programs often can't be shrunk for any number of reasons. Voters oppose having their favorite programs shrunk -- Social Security and Medicare, for example -- or the programs are considered vital, such as the variety of anti-terrorist initiatives begun after 9/11. Locally, taxpayers may vote out governments that fail to maintain municipal services, roads and public facilities. As a result, as the Tax Foundation article concludes, the single biggest effect of income tax evasion at every level -- federal, state and municipal -- is to increase government deficits.

The Benefits of Raising Taxes

The Trump Budget Has a $2 Trillion Math Error

The Advantages of Commodity Money