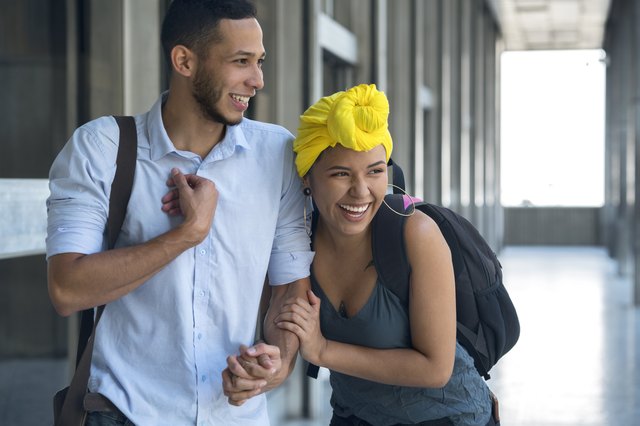 These days, marriage is (mostly) all about love, compatibility, and companionship. Since the beginning of always, though, it's been a financial and economic partnership, usually between entities larger than the happy couple — your family, your nation, your tribe, etc. Thankfully, most of us don't have to worry about that caliber of alliance anymore, but that doesn't mean we're free from freaking out about the money parts of a marriage.

Thanks to a new study by economists at the U.K.'s University of Bath, we've got some pretty precise insight into one particular source of stress: which partner is the breadwinner in a household. In marriages between a man and a woman, husbands begin to get anxious when wives start earning too much money. What's surprising is that "too much money" comes to about 40 percent of the joint household income, according to 15 years of data covering more than 6,000 American couples.

Men aren't communicating these anxieties with their spouses either: According to a press release, "wives reported their husbands' lowest distress level was when they were contributing 50 percent of the household income, while husbands reported lowest distress at 40 percent." In situations where women were earning more than men before marriage, husbands didn't experience this kind of distress — but by 2017, this only applied to one-third of marriages, even if it's an upward trend.

There is room for hope, though. In an age when fewer adults are getting married at all, those who do so tend to put a ring on it when their salaries equalize.

This Is the True Secret of Time Management

1 in 5 Should Be More Honest With Partners About Money

What You Need to Discuss Before Your Wedding Day