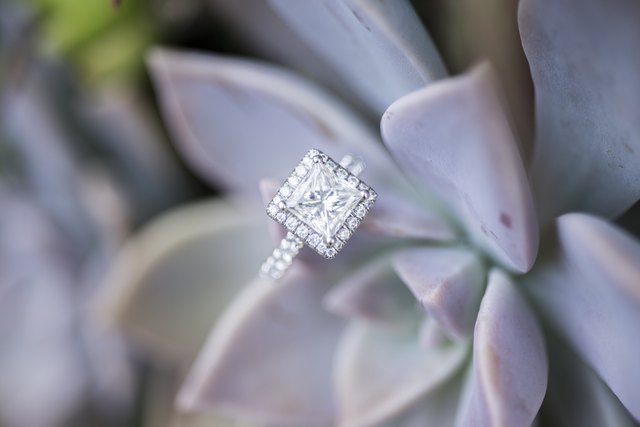 When isn't it diamond season? Birthdays, anniversaries, Mother's Day, Christmas, engagements, weddings, graduations — all have become opportunities for jewelry stores to sell some diamonds. The diamond is fraught as all get-out, though, not just for how much it costs, but for what it costs in human terms.

The truth about conflict diamonds has spurred some to actively seek out alternative gifts for special occasions, including different gemstones and precious metals. The diamond industry, however, still wants consumers to trust and crave diamonds. That's one reason why the granddaddy of all diamond companies has just announced a major push to support lab-grown diamonds.

You may remember De Beers from their once-ubiquitous ad campaigns on television. They've also got a place in history for massive (to put it mildly) disruption and exploitation in colonial and post-colonial Africa. This week, the company said that customers can expect to see branded, lab-grown diamonds on offer for far less than mined diamonds. A lab-grown diamond has exactly the same structure and makeup as diamonds that form naturally in the Earth's crust. In fact, it can be created so that it's nearly perfect, but for buyers, that may mean it's no longer "special" either — especially since they can be more or less mass-produced.

De Beers says these lab-grown diamonds will be a fraction the cost of its "natural" stock, even though jewelers need special technology to tell the difference between the types. If you're set on nabbing some ice in the future, keep this in mind. De Beers is calling its man-made diamond line Lightbox; it should be available online to U.S. customers soon, with retail partnerships "to be announced in due course."

Do Diamonds Appreciate or Depreciate in Value?

13 Women of Color Jewelry Designers You Should Know

How to Read the Grain Markets