When Should I Apply For Social Security?

The National Academy of Social Insurance estimates that about one in every four American families receives some form of Social Security income. That works out to about 61 million citizens collecting monthly benefits. Maybe you've started thinking that it's time to begin tapping into the money you've been paying toward Social Security all these years, but there are numerous factors to consider. 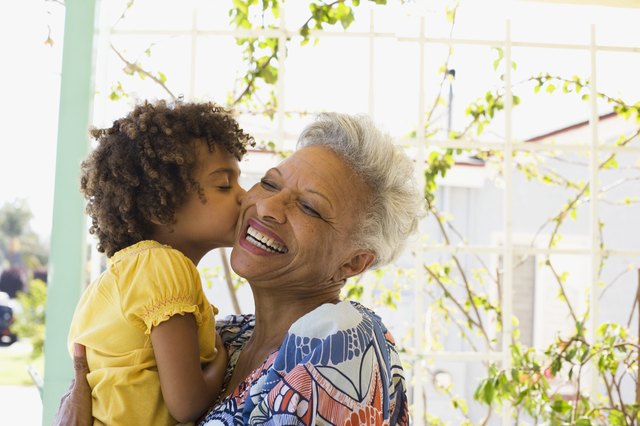 When Should I Apply For Social Security?
credit: Sam Edwards/OJO Images/GettyImages

What Is Social Security?

Unlike Supplemental Security Income or Social Security Disability, Social Security retirement benefits are not needs-based. It's a "pay-as-you-go" system. A percentage of your earnings is diverted to Social Security each pay period, and your employer matches that money. You must pay both halves if you're self-employed.

The money you're paying into Social Security isn't quite like a savings account. It funds the benefits of individuals who have already retired. When you retire, the Social Security taxes paid by those who are still working will fund your benefits.

Everyone who has paid into Social Security – and even some who have not – are entitled to begin collecting these benefits when they reach a certain age, and they can continue collecting for as long as they live. That's the easy part.

When Should I Apply for Social Security?

You can apply at age 61 and nine months if you want to begin collecting at age 62, the youngest age you can do so. You can't apply any sooner than four months before you want your benefits to begin.

You can apply online at the SSA website, by phone at 800-772-1213 or by visiting your area's Social Security office if you make an appointment in advance.

How Long Does It Take to Get Approved for Social Security?

Can a Person Who Has Never Worked Collect Social Security?

Working is the key qualifier for Social Security retirement benefits. You earn "credits" throughout your working life. You get one credit for each $1,320 you earn annually as of 2018, up to four credits a year total. This amount can increase yearly to keep pace with the economy, and the credits are yours to keep – you don't lose them if you decide to take some time off or you switch jobs. You'll need 40 total credits over the course of your working career to qualify for Social Security retirement benefits if you were born in 1929 or later.

So does this mean you're out of luck if you never worked? Not necessarily, at least not if you're married. You can collect on your spouse's credits in this case, assuming he worked and acquired at least 40 credits. This is the case even if you're now divorced as long as you were married for at least 10 years and you haven't remarried.

When Should You Receive Social Security?

Just because you're entitled to start collecting Social Security retirement benefits at age 62, it doesn't necessarily mean that you should. You'll receive less money per month than you would if you held out until you reached full retirement age – between ages 66 and 67 for most people. It depends on the year you were born. It's 66 if you were born between 1943 and 1954, then two months is added for each birth year after 1954. If you were born in 1957, three years later, you would reach your FRA at 66 and 6 months.

The reduction is applied because it's expected that you'll collect for more years. Think of it this way: $15,000 a year times 15 years equals $225,000, while $15,000 a year paid over 19 years comes out to $285,000. The difference from those extra four years has to come from somewhere. You're not entitled to receive more overall just because you retire early. The amount of the reduction is based on the number of months you collect before full retirement age. It's 30 percent for those who were born after 1959 so you'd receive just $1,050 if you'd be entitled to $1,500 per month had you waited until your FRA.

And if you begin collecting before you reach full retirement age and continue working – yes, you can do that – your benefits are additionally reduced by $1 for every $2 you earn over $17,040 as of 2018. Of course, you're also continuing to pay into Social Security during this time, potentially increasing your future benefits.

There's no reduction for working if you wait until full retirement age, and you'll eventually get the money back. The SSA will recalculate your benefits when you reach FRA and begin giving you a little more each month to compensate for benefits that were withheld because you earned income. Unfortunately, you won't receive the money in a lump sump.

You can wait until age 70 to begin collecting if you want to, and you'll receive the most benefits if you wait until this age, but you could actually lose benefits if you wait too long beyond your FRA. The SSA will only pay you retroactively for six months after you reach full retirement age. If you wait seven months to apply, you'll lose a month of benefits.

How Can I Check to See How Much Money I Will Be Getting From Social Security?

Do You Have to Pay Income Tax on Social Security Disability?

How Does the Windfall Retirement Tax Work?

How Long Do You Need to Be Married to Receive a Deceased Partner's Social Security Benefits?