On Oct. 7, 2011, former Google employee Charlie Lee released Litecoin, a lighter version of Bitcoin. As the general consumer market still struggled to comprehend what Bitcoin was, Lee's vision began to capture the interest of the many investors looking for new opportunities in cryptocurrencies. But Bitcoin still holds a large chunk of the cryptocurrency market. If you're trying to decide between investing in the two – or you just want to work out what they actually are – it's important to note that they're very similar, but they also have some differences. 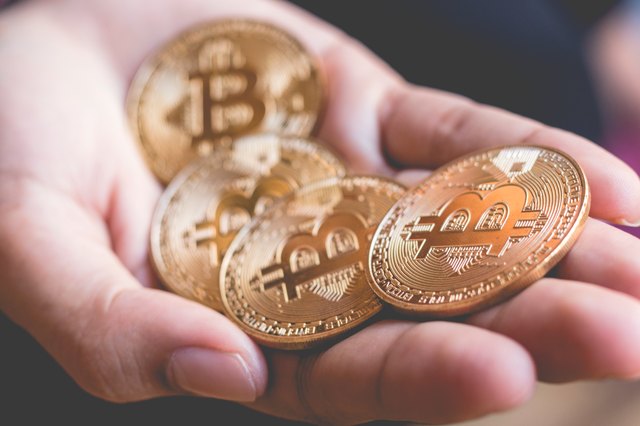 Both Litecoin and Bitcoin are forms of cryptocurrency, which is a method of transferring funds between two people without the intervention of a financial institution. Bitcoin was the original player in the game, having captured about $170 billion of the market as of 2018. The creator of Bitcoin has remained anonymous since 2009, when the currency was created, but it has since become the most mainstream of all forms of cryptocurrency. Today, bitcoins can be traded on sites like Expedia, Overstock and Xbox.

Although it is much newer on the scene, Litecoin is giving Bitcoin a run for its money. Like Bitcoin, Litecoin is a peer-to-peer money exchange service, with transactions tracked in the same central ledger as Bitcoin transactions. In developing Litecoin, Lee used Bitcoin's core code and built from there, working with the goal of creating a larger market for his currency. On the technical end, Litecoin differs from Bitcoin in that Bitcoin uses the SHA-256 algorithm and Litecoin uses a newer algorithm called Scrypt.

Pros and Cons of Litecoin Versus Bitcoin

The "light" in Litecoin refers to its price, which is about 1/50th of Bitcoin's price. Not only will you pay less per transaction, but experts believe Litecoin's pricing model is more sustainable. Litecoin users also find the fees are lower than what they'd pay for international transfers, making it a popular currency for those looking for the best deal.

When someone initiates a cryptocurrency transaction, there's a time lag in getting the transaction confirmed. This lag is currently estimated to be around 10 minutes per transaction for Bitcoin, but with Litecoin, this time drops to only 2.5 minutes. For merchants, this difference could be a compelling factor, since transactions would go through more quickly if they accepted Litecoin over Bitcoin.

If you have coins, you're naturally going to want to spend them. Bitcoin has been on the market long enough to have captured the attention of a large number of merchants who accept it as a form of payment. Litecoin has a way to go to catch up to Bitcoin in that area, which means you may be limited as to how you cash out your coins if you choose to do so.

On the technical side, those who are interested in mining their coins will see a notable difference in the two currencies. Bitcoin miners help confirm transactions on the network, which keeps things moving along reliably. In fact, the network depends on this consensus for transactions to go through. But in recent years, miners have invested in more sophisticated hardware that allows them to take over the process of mining bitcoins, making it more difficult for the everyday miner. Litecoin's newer algorithm means that such hardware is no longer as influential, opening up mining to more people. However, where there's a will, there's a way. New hardware is already coming along that will bring the same problems that are being seen in the Bitcoin mining community.