How are Bitcoins Created?

Virtual currency that you tuck into your virtual wallet – neither of which you can see or touch – may seem like a concept from an early 1900s science-fiction novel. But this is far from just a conceptual fantasy; it's a real practice that's very much alive and well in today's digital age. The forerunner of all cryptocurrency rates of exchange is bitcoin, which made its debut in 2009. 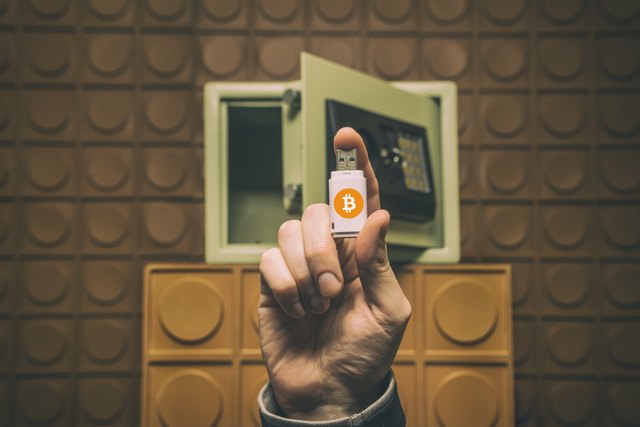 How are Bitcoins Created?
credit: Koron/Moment/GettyImages

Bitcoin is a digital rate of exchange, also called cryptocurrency. It's a decentralized money system, which means that it has no regulatory agency or other central authority that oversees its day-to-day operations. Instead, bitcoin users provide peer-to-peer accountability for verifying the cryptocurrency transactions that are recorded on a public, digital ledger, which is called a blockchain.

How Does a Bitcoin Miner Work?

A bitcoin miner earns bitcoins on the internet by solving a complex series of mathematical problems using a specialized computer program. It's a competitive search, with miners competing with other miners to "stake their claims" with bitcoin discoveries. Miners find bitcoins in blocks, but they must use computer programs with state-of-the-art technology and lightning-fast speed because the transaction data in each block refreshes approximately once every 10 minutes. This creates an ongoing, time-sensitive chase to unscramble the data and successfully solve the encrypted mathematical equation.

How Is New Bitcoin Generated?

Technically speaking, new bitcoins cannot be generated, although they can be found, or mined. When bitcoin hit the market in 2009, a finite number of bitcoins was made available, using an algorithm that established this number at 21 million. Nine years later, in April 2018, users had mined 17 million bitcoins, leaving 4 million unmined bitcoins. The algorithm that established the finite number of bitcoins also contained other complex rules, making it unlikely that remaining 4 million bitcoins will be mined completely for another 122 years.

How to Buy Bitcoin

If you do not have the technological capability and the know-how to mine your own bitcoins, you can buy them on any number of digital marketplaces, which are called bitcoin exchanges. Coinbase, Bitfinex and Bitstamp are three bitcoin exchanges. You'll need a virtual wallet, also called a digital wallet, in which to store your bitcoins. You can set up your virtual wallet for free at the same digital marketplace where you buy bitcoins. You can store the wallet on your computer, on your smartphone or in the virtual cloud, and it's comprised of a software program that holds keys to unlock the access to your bitcoins.

How Do You Earn Bitcoins?

Other than earning bitcoins by mining them directly, you can earn them in various ways: If you own a business, you can accept bitcoins as payment for goods or services. If you have an online store, you'll need a bitcoin merchant tool to accept payments. If you have a brick-and-mortar store, you'll need a merchant terminal that accepts bitcoin as a payment method or you can use an app for touch-screen purchases.

As an employee, you can earn bitcoins by accepting them as your salary or hourly wages for your job. And as an independent contractor, you can accept bitcoins from your customers or clients. Jobs4Bitcoins, Coinality and BitGigs are examples of online job boards that match prospective job hunters with companies or individuals that pay with bitcoins.

If you're a lender, you can also accept interest payments in bitcoins. You can earn these interest-payment bitcoins by lending directly to someone you know, through a peer-to-peer borrower-lender website or on a banking website where you earn bitcoins as interest payments for your deposits. Bitbond and BTCJam are examples of websites that offer these services.

What Does PC Mean on a Bank Statement?

The Basics
Saving
By: Osmond Vitez