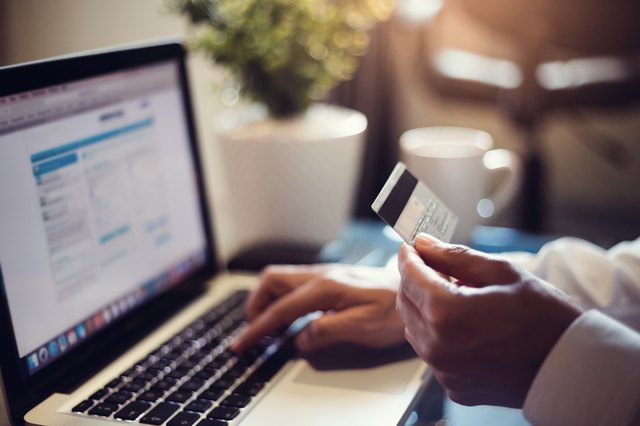 Only '90s kids will understand, but at one point in time, we were all obsessed with Jamiroquai. "Virtual Insanity" was inescapable, both on TV and the radio. Now that you've been earwormed, consider, of all that new technology, how far the credit card has come. You don't even have to have a card anymore — it can be virtual too.

Actually, virtual credit cards aren't new, but there's a reason you probably haven't heard much about them. They're most closely related to burner phones, which you also probably know from spy movies. Basically, virtual credit card numbers temporarily link to your bank account and expire at a pre-appointed time, whether it's immediately after use or after a year. They're useful if you're worried about identity theft and fraud, and they're becoming more popular with the rise of mobile wallet technology (think Pay by Apple or Android).

There are drawbacks, of course. While being hard to trace or verify is a good firewall against hackers, it also makes certain security features of credit cards harder on you. Consider all the vendors who require you to swipe the card you used to purchase tickets, for example, or that refunds and disputes are difficult for an account that no longer exists. Finally, virtual credit cards still have very real fee structures, even though you can set one up while you're waiting in line to pay. Make sure you have all those in order so you don't get socked with charges.

If virtual credit cards still spark your interest, apps and browser extensions like Privacy and Token may be a place to start. This could be the bleeding edge of how we'll all use money in the future. Who can tell what magic spells we'll be doing for us?

3 Reasons Why You'll Never Hear Me Hating on Credit Cards

Can I Get a Cash Advance on a Prepaid Credit Card?

How to Activate a MasterCard

What Is a Virtual Credit Card?