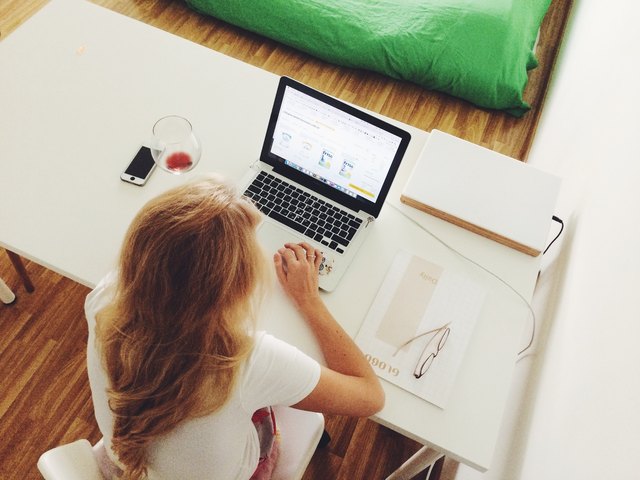 People often talk about the gender wage gap with total focus on the job aspect of the issue — i.e. the fact that women in the U.S. only earn 80 cents to a man's dollar. And while it's almost unthinkable that in 2017 women are still paid less than men for doing the exact same work, that is still very much the case. But there's another area that the wage gap effects which is discussed far too seldom: student loans.

A new study shows that women currently account for 2/3 of the $1.3 trillion in outstanding student loan debt in the United States. One reason for this is because women enroll in higher education in higher numbers than men, but there's another element at work too.

"Following graduation, women repay their loans more slowly than do men, in part because of the gender pay gap," the report reads. "Women working full time with college degrees make 26 percent less than their male counterparts, though the gap is somewhat smaller immediately after college (18 percent one year after graduation and 20 percent four years after graduation)."

Those are pretty egregious numbers that prove the disproportionate way women are effected by student loan debt. In terms of how to fix the problem, the study maps out a few suggestions including, changes to the Pell Grant program, making refinancing possible on both the federal and state level, and fight the pay gap. There is a lot that could potentially be done, and it's up to us to do it.