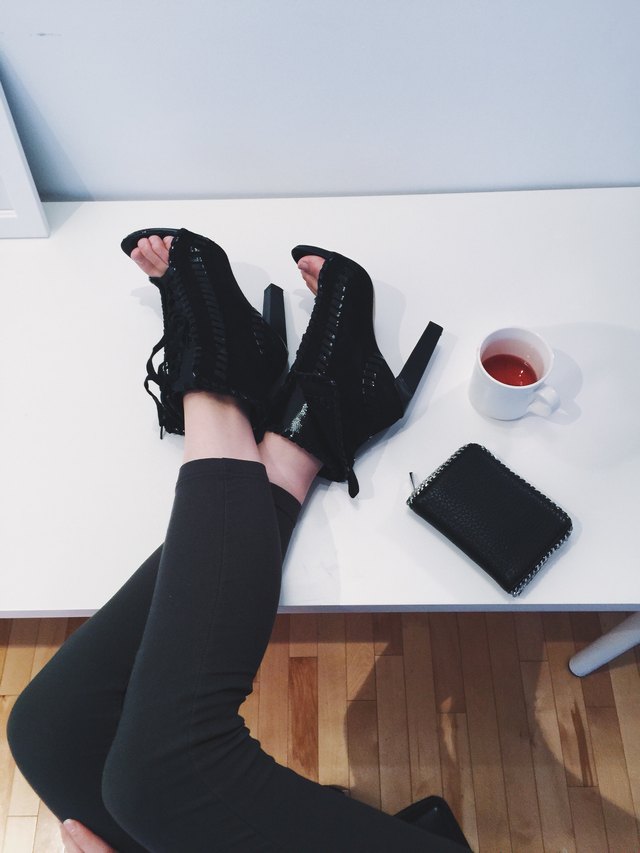 A few weeks back we wrote about the growing trend for governments to come to the aid of women unfairly being forced to wear high heels in the workplace (like in Canada where the government has said it's totally not allowed). Unfortunately, as of today that giant leap forward seems to have taken a sudden step back.

There was a petition in the U.K., circling nationwide, set up by a woman named Nicola Thorp who was sent home for wearing flats on the job. Thorp then began a petition saying that such dress codes were "out-dated and sexist" and that "women have the option to wear flat formal shoes at work, if they wish." The petition received 152,000 signatures, and was discussed by the nation's Equalities Office who just last week said that uniform guidelines as they stand now are "adequate." AKA things won't be changing and some women still might be told that high heels are a must.

In a very formal response to the petition and the issue, the government also said, "More generally, we will continue to work hard to ensure women are not excluded from or held back in the workplace by outdated attitudes and practices, including discriminatory dress codes." And that moving forward they'll be "producing guidance on dress codes in the workplace as a specific response to the Thorp petition and the issues it raises."

Here's hoping that more change comes in the summer, but until then women in the U.K. can still be mandated to wear high heels at work — no matter how painful that might be.