Is It Safe to Do My Taxes on My Smartphone?

Move over e-filing. In recent years, tax preparation apps have made it possible to ready and file your taxes right from your smartphone. 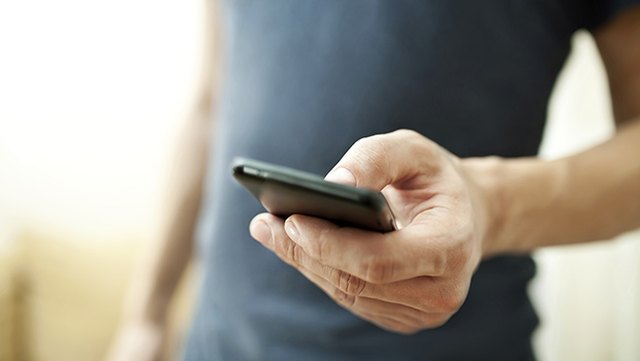 Your smartphone is intelligent enough to do your taxes from it.
credit: Maxim Kostenko/iStock/Getty Images

The advantages are myriad. It can be faster: if you're filing a Form 1040EZ, apps like TurboTax's SnapTax let you file with just a snapshot of your W-2 and a few clicks. For more complicated returns, smartphone prep allows you to multitask: It can be done on the train to work or waiting in the doctor's office instead of taking up precious free time at home.

It's also safe; in fact, some experts say your phone may be safer than your PC. Phone operating systems require you to download from legit app stores, which, in turn, screen out malicious apps that might try to steal your information. Tax apps themselves use the same tough encryption that banks use to send and receive information, and they offer frequent updates against potential threats. Plus, unlike a computer, there's no tax information that's stored on your phone, in the event your phone is lost or stolen.

That said, there are some steps you can take to make filing by phone even safer.

Financial information should not be stored in a notes app.

Only download apps from trusted sources: think the iTunes or Google Play app stores. Their review teams scrutinize offerings and weed out most malicious apps. Most phones also won't allow you to download apps from outside their stores, either, providing further protection.

You can also get to the right app at the app store directly from a trusted provider's site, like the IRS.gov site or TurboTax. Verify the developer name and check the ratings to be sure the app is credible. McAfee, which develops mobile antivirus software, advises sticking to apps with more than 150,000 downloads, a stat that Google Play and other app stores mention on the app details page. To put that in perspective, TurboTax's SnapTax app has more than 500,000 downloads, according to Google Play.

Use the Right App

"Financial information should not be stored in a notes app," said Derek Halliday, senior product manager at Lookout Mobile Security. Notes apps are fine for tasks like tracking your tax to-dos and deductible expenses, but they usually aren't encrypted or password protected.

Only enter sensitive data -- like your Social Security number or bank account number -- into a dedicated banking or tax app. Those typically store data on their secure sites and transmit it encrypted to and from your phone. It's the same system your bank uses to secure mobile data. Even then, check apps' permissions, privacy policies and terms of service before downloading to make sure your data will be handled securely, Halliday says.

With the right app, you're not going to store tax information on your phone. That's a good thing. According to a 2012 Symantec study, 89 percent of people who found a lost phone snooped, trying to access personal apps or data. In 43 percent of cases, they tried to open a finance app.

Tax apps generally let you pick a username and password: make sure they aren't easily guessable, says Adam Levin, chairman and founder of Identity Theft 911. For example, your email would be a bad username. On the password front, create a tough one that mixes numbers, upper- and lowercase letters, and symbols, he says. Don't set your phone browser to remember either part of your login.

Experts say it's already tough for hackers to attack your phone because of app store screenings and protections from the apps themselves. Mobile security software offers another layer.

There are free versions of security apps from Lookout and Bitdefender that PCMag.com gave high ratings for their protection against malware. Premium versions from the companies, as well as from McAfee and F-Secure, offer extra features like backup for your phone's contents and tools to thwart a wider array of threats. The cost as of December 2012: $30 to $40 per year.

Some of the same viruses and malware that target your laptop can affect your smartphone, too.

"Make sure to download and install firmware updates as soon as they are available for your device," said Halliday. Those patches are often geared to thwart known threats.

Don't click on unknown links or download anything to your phone from a suspicious source. If you choose to do your taxes on a mobile website, make sure you're at the right Web address and that once you log in, the website URL begins with HTTPS rather than just HTTP, he says. That means it's secure.

Lookout Mobile notes that people lose a phone once a year, on average. Set a PIN or password on your phone to keep out prying eyes. If your phone uses a four-digit PIN, don't pick a combo that would be easy to guess, like your birth date or obvious ones like 0000 and 1234, says Adam Levin, chairman and founder of Identity Theft 911. A six-digit PIN is better, and one that mixes letter and numbers better still.

Then make use of the lock. Set your phone to lock automatically after a short period of inactivity. Better yet, lock it yourself before putting it in a pocket or purse or leaving it unattended on a work desk or at home.

It's also smart to install a free tracking app, like Find My iPhone or Where's My Droid, so it can be retrieved -- or barring that, remotely wiped of any desirable data the thieves might want, says Levin. Some phones also have settings you can tweak in case of trouble down the line, such as triggering a wipe if a wrong password is entered 10 times in a row.

Is it Safe to Pay Your Bills by Phone With a Debit Card?

The Basics
Saving
By: Wanda Thibodeaux

This Lo-Fi Trick Could Help Secure Your Passwords

Super-Like: See Who Already Digs You on Tinder

Good News: Your Smart Speaker Is Too Boring for Hackers