Can You Write Off Subway Fare on Your New York State Taxes?

Typically, taxpayers are not permitted to deduct their commuting costs from their income for New York state tax purposes. Some travel costs are deductible, though, whether the travel is to a conference in California or a sales meeting in Long Island City. 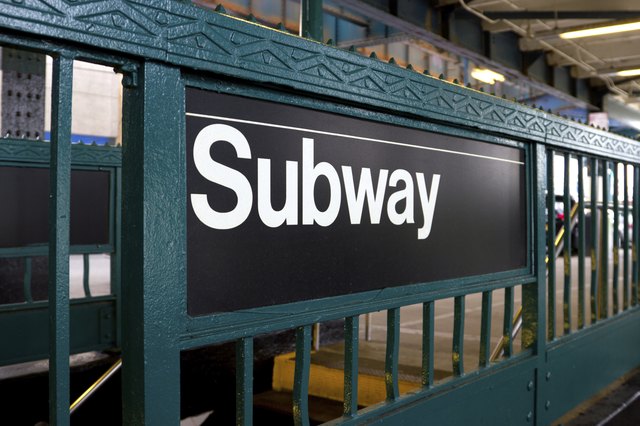 Even if you depend on the subway to get to work every day, New York does not allow you to deduct subway fares or any other commuting expense from your state taxes. The state, like the federal government, considers these to be personal expenses. You can deduct, however, any subway fares that you incur as a business expense in the course of your work. This would include just about any work-related travel except for that between your home and primary office. If you use the subway to travel from your office to a meeting in a client's office, for example, that fare is a deductible business expense.

If your primary office is in your home, you would be able to deduct any subway fares when traveling from that home office to any business-related destination, such as a meeting, a trip to buy supplies or a visit to the bank to discuss your business account. The key is that your primary office must be in your home, meaning the place where the majority of activity takes place that relates to earning your annual income. This does not apply if you work from home only on occasion.

If you purchase unlimited monthly MetroCards for your business and personal subway rides, it complicates your deduction, according to New York income tax advisor Thomas Cunningham. Rather than being able to write off a full fare for each ride, you would be able only to deduct that portion of the card's cost attributable to business travel. If you took 100 subway rides during a month and only 10 of those were for business, for example, you could write off only 10 percent of the monthly card's cost on your taxes. As of 2014, this would be $11.20. This also means you would have to keep records of your subway-riding history in case of an audit. Because this is such a large effort for a relatively small deduction, Cunningham recommends you avoid writing off trips taken on unlimited cards.

Instead of writing off subway costs yourself, you might find more substantial savings on your New York taxes if you take advantage of commuter benefits offered by your employer. Programs like New York's TransitChek allow you to devote a portion of your pre-tax income to pay for commuting costs, including subway fares. This saves you money not only on your New York income tax but also your federal income tax and payroll taxes.

Can I Write Off Bus Passes on My Taxes?

The Basics
Taxes
By: Garrett Reese

The Basics
Taxes
By: Kaye Morris

How to File Taxes As a Consultant