No Money to Bury the Deceased: Who Is Responsible?

Throughout the country, states and counties have the legal mandate to dispose of the bodies of the indigent. What used to be called pauper burial now usually includes unclaimed bodies and those of families unable to pay burial costs; 94 percent of counties have eliminated the distinction between pauper and indigent burial. County coroners and departments of public health have the ultimate responsibility to see that bodies exit morgues and ultimately receive some form of legal and humane disposal. 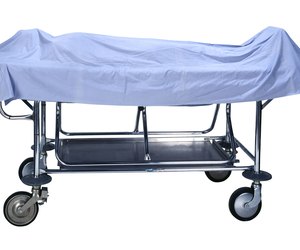 Counties are responsible for indigent burials and cremations.

Families and next of kin who can afford to pay for burial are supposed to do so. Although counties have limited means to force responsibility of a body onto private citizens, roughly half require next of kin to complete forms and applications to prove they cannot absorb the cost of cremation, burial or other humane disposal. Public agencies help struggling families with referrals to low-cost resources and in some cases subsidize burial costs rather than have the county bear the full amount.

Following the financial crisis of 2008 to 2009, states and counties nationwide reported surges in the number of bodies left unclaimed in county morgues. Families and next of kin were unable to pay the sometimes expensive costs of cremation or burial. Some governments reported increases as high as 50 percent, which in 2011 caused states like Illinois to temporarily suspend publicly funded cremations and burials. However, the responsibility for indigent bodies falls to counties, which sometimes have to delay and suspend disposing of bodies until funds allow.

When counties and states are left with unclaimed bodies, they can search for cheaper options than burial. Tennessee, for example, has a program to provide cadavers to the University of Tennessee. Similar programs involving universities and scientific research organizations exist throughout the country. Many public health departments turn to cremation as a cheaper and faster alternative to burial and do not require ashes to be laid to rest.

Organizations That Help People With Expenses to Bury a Loved One

Help With Burial Expenses When the Deceased Doesn't Have Insurance

The Basics
Insurance
By: Scott Yoder

Help to Pay for Funerals in California

How to Get Financial Help for a Prosthetic

The Basics
Insurance
By: Mike Andrews