How Are Michigan Alimony Payments Calculated?

The official position of the Michigan legislature is that it has no guidelines for calculating alimony, but almost two-thirds of Michigan family court judges use software calculation programs to set alimony payments, according to a report published by the State Bar of Michigan. The programs most commonly in use assign scoring ranges to various factors that weigh in determining alimony, with the highest possible score being 100. This doesn't mean that judges will order alimony in whatever amount a software program tells them is appropriate. Instead, they reportedly use the calculations as guidance to help them come up with a reasonable number. 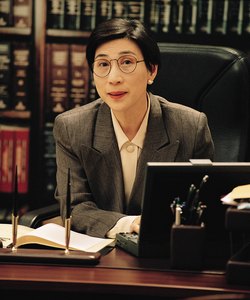 Michigan lawyers and judges use weighted software programs as a basis for alimony.

Income of the Receiving Spouse

The income of the spouse asking for alimony is the most significant consideration in calculating payments. With the program used most frequently by Michigan judges, that income contributes up to 35 percent to the spouse's overall score of a possible 100 points. Factors that would affect this portion of the score include income produced by property the spouse might receive as part of the divorce settlement, although not the value of the property itself. It would also take into consideration her current earnings. For example, if she's unable to work and has no unearned income from marital investments, she might receive the full 35 points.

The longer the marriage, the more likely a judge is to order alimony, and it affects the amount of the payments as well. The program favored by Michigan judges assigns up to 30 percent of the possible score to the duration of the marriage when calculating the score of the spouse seeking alimony. After a decades-long marriage, especially if she never worked, she might receive a 30 score.

The age of the spouse seeking alimony contributes up to 10 percent to the score, with increased age equaling increased points. For example, it might be less than reasonable to ask a spouse who is nearing retirement age to begin job-hunting or go back to school in order to achieve a new, higher-paying career. She might score a 10 for age.

If your spouse is in her mid-30s and you have no children, she is more likely to be able to work up to her potential than someone who is a part-time worker, who is still caring for three young children, and who has traditionally devoted the majority of her time to motherhood. A woman who is in her 50s and who has been a stay-at-home mom all her life might be ill-equipped for the job market. Factors involving your children represent up to 10 percent of the score calculated by the software most often used by Michigan judges.

The software divides the overall score of the spouse seeking alimony by 100. This number is then multiplied by 50 percent of the earnings difference between the parties. This prevents a spouse who is in need of $500 per week from receiving that amount if her spouse only earns $600 a week after taxes, which would leave him with only $100 each week to live on himself. If a spouse scored a perfect 100 points and had no income at all, and if her spouse earned $60,000 a year, he would pay her half his income in alimony. Her 100 score divided by 100 equals one. One multiplied by 50 percent of the difference in their salaries, or $30,000, equals $30,000 per year, or approximately $575 a week.

The Average Duration of Alimony Payments

Can I Go After My Ex-Husband's New Wife's Income for More Child Support in California?

Can a Wife Collect Off Her Husband's Social Security If He Is Still Alive?

Can My Ex-Wife Collect Social Security and Alimony?