Can a Non-Custodial Parent Who Pays Child Support Claim the Child on a Tax Return? 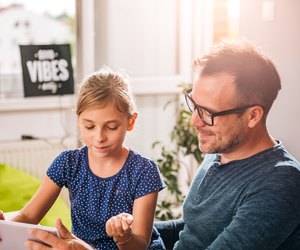 Can a Non-Custodial Parent Who Pays Child Support Claim the Child on a Tax Return?
credit: Kerkez/iStock/GettyImages

What Exemptions are Worth

If you claim a dependent for tax purposes, the IRS allows a valuable exemption that allows you to subtract the exemption amount from your gross income. For tax year 2014, the IRS set the exemption amount at $3,950. This means that for every exemption you claim, $3,950 of your income is sheltered from taxes. The most common exemptions are for the taxpayer, the taxpayer's spouse, and the taxpayer's children; in some cases other relatives also qualify as dependents. The rules also state, however, that you can't claim any exemptions if someone else can claim you.

The marital separation agreement commonly allows for one of the parents to become the custodial parent. The other parent then becomes "non-custodial," and pays a certain amount of monthly support for expenses such as food and clothing for the child. However, by the IRS rules, only one parent may claim a child as a dependent on a tax return, and divorced couples can't file "married, joint" returns.

A "qualified" dependent must be younger than 19, or 24 if a full-time student. He can be a natural or adopted child, but must live with you for more than half of the year, and must not provide more than half of his own support. These rules will disqualify most non-custodial parents from claiming their children as dependents. However, there are some loopholes in the law. If the child lived with each parent for the same amount of time, then the parent with the higher adjusted gross income can claim the exemption.

Agreement Between Parents on Exemption

The Basics
Taxes
By: Heather Montgomery

How to Claim a Foster Child as a Dependent

Tax Rules for a Non-Custodial Parent Claiming a Child