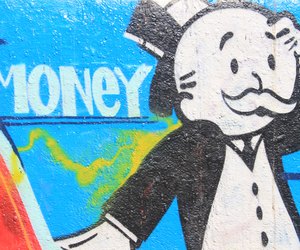 Would you like a thousand more dollars in your bank account by 2017? And not just in there temporarily, like that one day in between pay day and paying the rent when you feel richer than you really are, but $1,000 that you have actually saved?

It might sound impossible. After all, saving $1,000 in the best two months is difficult, but saving $1,000 during the holidays, when you have parties to go to and presents to buy and family and friends to visit, can sound like pure fiction. But here's the thing: You can do it. It's not easy, but you can do it, and here's how.

According to Cheat Sheet, the average cost of a monthly gym membership is $58. Go to your gym today and cancel. Don't worry: You can sign up again in January, when your gym (or others in the area) will be offering discounted signup rates to compete for the business of all the New Year's Resolutioners.

In the meantime, take the next two months as a chance to try out different gyms and classes in your area. Most gyms and many classes offer free days or even weeks to give prospective members and students a chance to get a feel for the establishment. Make a list of all the fitness clubs and classes you've been dying to try and start testing them out. Who knows, you might even find your 2017 fitness obsession in the process.

Skip your daily cup of coffee 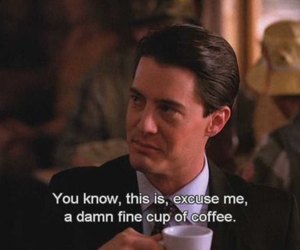 Yes, we've all heard this one before, but it's a cliche because it works. If you have a regular Starbucks habit, chances are you're spending about $3 per day on your caffeine fix, according to numbers reported by Square. If you go five days a week, that's $15 a week, which adds up to $60 per month and a whopping $120 by 2017.

So take a deep breath, delete the Starbucks app from your phone and commit to grabbing a cup at the (probably free) office Keurig instead.

Stop going out for lunch

Yes, lunch desks feel sad and yes, sometimes even just leaving to pick up food to bring back to the office for a sad lunch desk is the only time you see the actual sun (and that could be for the whole day now that we're deep into Daylight Saving Time and we've already canceled your daily coffee run in the name of saving money), but skip lunch out with coworkers. Skip it every single day until 2017 because there are massive savings to be had.

According to Life in Charge, the cost of eating lunch out during the workweek is $160 per month (assuming an average of $8 per meal, which could be significantly higher in some cities). The cost of bringing lunch from home? Anywhere from $2-5 per day. If assume an average of $4/day for your sack lunch, that's $80 in savings every single month.

Stop going out for dinner, too (at least sometimes)

Since you've already gotten into the habit of making lunches at home, why not go the extra mile and make a few more dinners at home, too? We don't expect you to give up eating out entirely, but just cutting one dinner out per week can have a huge impact on your savings.

According to The Simple Dollar, the average American eats 18.2 meals outside of the home every month and the average cost per meal out is $12.75 per person. By cutting just one extra dinner out per week, you can save an additional $51 per month (more, if you're spending more than $12.75 when you go out to eat).

Turn the heat down

As the weather gets colder, you're probably turning up the heat in your house or apartment pretty regularly, but if you're willing to try bundling up instead of turning up, you could be in for some savings.

Personal finance blog I Will Teach You to Be Rich spoke to Bill Prindle, deputy director for the nonprofit American Council for an Energy-Efficient Economy about saving money on heating bills and they report that you can save 10 percent on your bill for every 3-4 degrees lower you set the thermostat in the winter. If your electric bill averages $100/month in the winter, that means you'll end up saving about $10 per month.

Unplug alllll of your appliances

There are obvious things you can do to minimize your electric bill, like turning off the lights and TV when you leave the room. But if you're willing to go above and beyond and literally unplug all of your appliances when they're not in use, in addition to being very busy unplugging things, you could be richer for your efforts. The Nest reports that doing this could save you about $100 per year, which works out to a little over $8 per month.

Replace one night out a month with a night in

If you like to go out with friends, you are a normal adult human. If you tend to spend more than you'd like when you do, you're also a normal adult human. Estimating $25 per night out is probably pretty conservative (in many places, that's just two drinks, and doesn't even touch food, tip, and the Uber home). Replace one night out per month with a night in instead. Offer to host at your place and ask guests to each bring a bottle or a snack with the promise that you'll provide the Netflix and a couch to crash on, if needed. It's just as fun and basically free.

Rethink your approach to holiday gifts 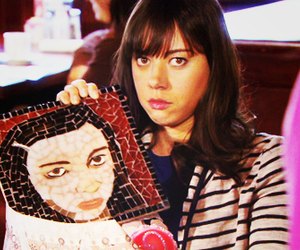 The holidays make it a difficult time to save money, but they also represent a huge avenue for saving on a November/December time crunch. According to Elle Decor, the average shopper spends $830 during the holidays. Yes. $830, as in almost $1,000 JUST IN HOLIDAY GIFT SPENDING ALONE. But don't worry because it's actually super easy to cut that number wayyyy down if you know where to look.

First, you can save $131 right away by committing not to spend on any money on presents for yourself while you're shopping for everyone else. That's the average amount that people spend to treat themselves while they're supposed to be shopping for friends and family. Yikes — that's a huge number, but it's also a huge place to save now that you know how costly it is.

Next, save another $231 by making half of the gifts you give your family. If you're crafty and have the necessary supplies on hand, make something that will give your sister Pinterest Envy. If you're a great baker, make your mom cookies just like your grandma used to make. If you don't have the skills or the resources to make physical gifts, go really old school and gift your relatives with coupons for services you can complete (like free nights of babysitting or lawn care services for when the snow melts away).

According to Elle Decor, the average shopper spends $462 on family members alone. And since your family will love you (and your gifts) no matter what, it's a perfect chance to save money and show them just how thoughtful you can be.

Finally, as a bonus, if you have a significant other, you have a chance to save even more. The same Elle Decor article reports that couples spend oodles on each other to show their love around the holidays. New couples spend about $93 on their partners, while couples who have been together for 10 years report spending as much as $300 on one another. Not only is that a TON of money, it's also probably not the most effective way to show your love. Talk to your S.O. about foregoing monetary gifts and committing to do something thoughtful for each other or find a low-cost way to bond with each other (like by spending a day volunteering together for a cause you both love) instead.

How to Force Yourself to Save Money

Drinking Too Much Coffee Is Actually Holding You Back

The Most Common Ways You're Effing Up Your Budget