When to Stop Faking It at Work 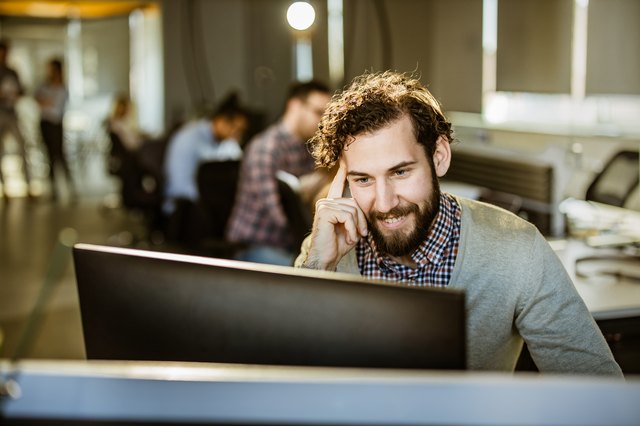 Yes, sometimes you do have to force a smile or play chipper while you're on the clock: It's no help to anyone if the whole workplace knows you want to claw your face off or run away on your lunch hour. There may be a more effective way of regulating your emotions at work, though, if you're willing to feel some feelings first.

Researchers at the University of Arizona have just published a study on faking it until you make it. More specifically, the team was looking into what's called surface acting and deep acting — the former is pretending to be happy while secretly feeling miserable underneath, while the latter is "trying to align how you feel with how you interact with other people," as lead author Allison Gabriel put it.

Motivation makes a huge difference in outcomes. Those who actively try to change how they feel are often doing so for prosocial reasons, e.g., to earnestly benefit the entire team and to "foster positive working relationships." These deep actors wound up doing better on the job than the "grin and bear it" fakers, who reported feeling inauthentic and emotionally exhausted by their efforts.

"I think the 'fake it until you make it' idea suggests a survival tactic at work," Gabriel said. "Maybe plastering on a smile to simply get out of an interaction is easier in the short run, but long term, it will undermine efforts to improve your health and the relationships you have at work."

It's worth pointing out that falling back on survival tactics at work may also be a sign that you need to disentangle yourself from that environment, but better to choose to leave than to be let a bad job grind you down.

20 Percent of Us Fear That We’re Fakes

Nostalgia Can Actually Help You Save

The Basics
Saving
By: Esther Bergdahl

What You Really Want from Work (Besides Money)