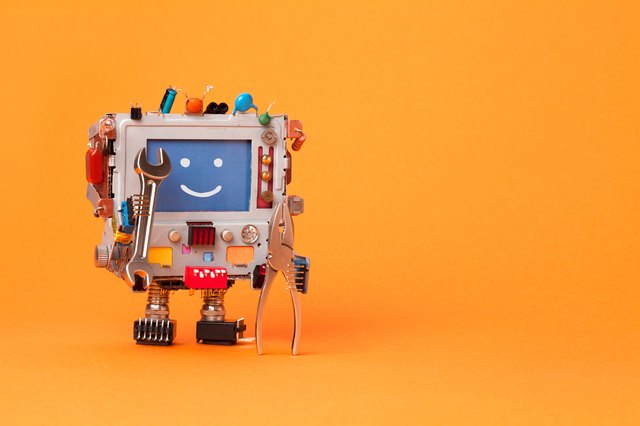 We take a lot of things on faith as we move through the world day by day. Our bosses are going to pay us; that driver will stop at the stop sign; our friend is genuinely stuck in traffic. Society functions because we trust each other. That might change, since we actually trust machines more.

Researchers at Penn State University have just shared new work on consumers' use of technology and where we place our trust. Since the rise of interactive computers, we've formed a bias that machines are more trustworthy and secure than humans. (After all, when was the last time a computer told you that horrible shirt really brings out your eyes?) People have developed a mental shortcut, also called a heuristic, about machines; our brains trigger that shortcut whenever we use a computer, letting us decide that it's safe to go ahead and buy something online as soon as we see that interface.

Of course, computers and the software they process are built by humans. Though machines can be value-neutral, it's easy to exploit that assumption, which means people will get one over on other people whenever they can. This belief in "machine superiority" can help people stumble into identity theft schemes, grifts, scams, and straight-up thievery. It's true that in the most general sense, your computer is not going to gossip about you. That doesn't mean it won't pass along your banking information if someone else simply asks.

Knowing This Could Trick Us Into Recycling More

How to Calculate APR From EAR

Here's One Big Sign You're Addicted to the Internet