Even With All the Plastic, Meal Kits Are More Sustainable 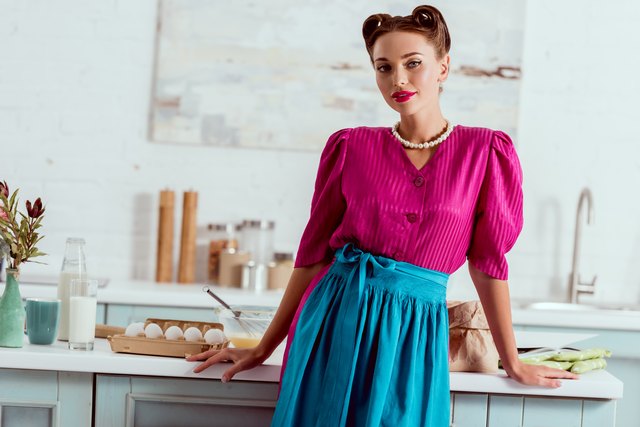 "Blue Apron: We'll mail you a potato." That's a typical line from one of YA author and podcast host Maureen Johnson's fake ads on Say Who? Johnson has spent years creating surreal and irreverent slogans for the meal kit delivery service, particularly focusing on the late-capitalist absurdity of, say, mailing a swaddled, shrink-wrapped potato for many times the price of a grocery store potato.

One new study may provide some pushback. This week, sustainability researchers at the University of Michigan shared that, as NPR puts it, "pound for pound, meal kit delivery services have a smaller carbon footprint than equivalent meals bought from a grocery store and prepared at home." This goes against more than a little conventional wisdom, particularly when we're already reeling from the truth about ugly produce (it won't save us).

In essence, the Michigan team found that meal kits do have more plastic waste than grocery store meals, but they also create less food waste overall, which means lower or more efficient greenhouse gas output for what you've purchased. Scaling up the market showed less of an environmental impact that anticipated.

You don't need to sign up for a service to approach these kinds of results, though. "One strategy that has been shown both to reduce food waste but will ultimately also save consumers money is meal planning," one of the researchers told the Guardian. Keeping an eye on portion sizes while shopping is another useful trick. It's also worth considering alternative grocery suppliers if you have access, such as farmer's markets and CSAs. If you're really concerned about sustainability, paying attention to your food is one big way to produce positive changes fast.

What You Really Get From Extreme Couponing

Tales of a Part-Time, Money-Saving Vegetarian

The Basics
Saving
By: Shannon Philpott

Ugly Produce May Not Save Us