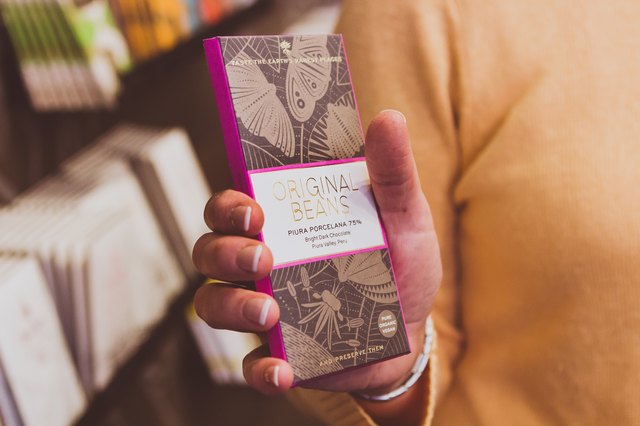 While it's true that many millennial shoppers want to spend ethically, it can get a little overwhelming pretty fast. No one really knows what we're eating, much as we try, and we frequently fall for more expensive items just because of upscale labeling. There are some hierarchies in what we prefer, though.

Researchers at Germany's University of Göttingen have just released a study weighing a selection of selling points paired with specialty chocolates. Some lucky participants got to identify which chocolates they'd buy based on economic factors, such as price, country of origin of the cocoa, and country of manufacture, and moral labels, like organic, fair-trade, and carbon-neutral delivery. The researchers were chasing down the so-called "warm glow of giving," which are factors that affect consumers' own benefit. In short, which ethical decision means the most to us when we're shopping for chocolate?

No surprises on the top result: Price is still the biggest factor for most buyers. Moreover, ethical decisions don't make much of a difference at the checkout counter. We like it when we intend to buy something, but in the end, it doesn't hold much sway over our choice. For chocolate, the only label that made much of a dent was fair-trade, in part because of recognition — more than 90 percent of consumers had seen it before, versus 20 percent on carbon-neutral.

That said, the "warm glow" might not inform most purchases we make, but arguably, if we choose the right chocolate, we'll be blessed with anyway.

We've Got the Numbers on Our Drunk Shopping Habit

Your Pumpkin Spice Latte May Arrive Before Labor Day

How to Sell Silver Bars