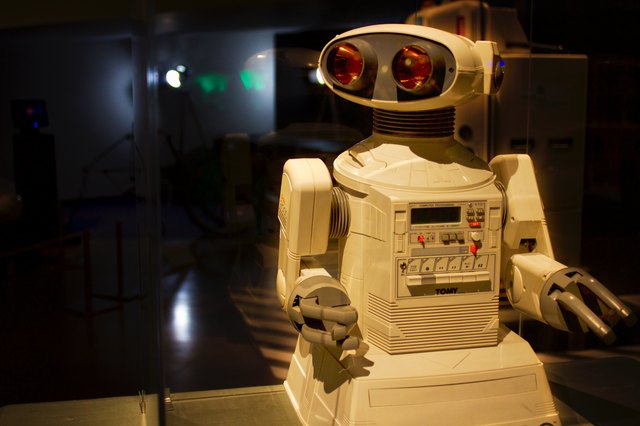 It's hard not to like the robots at the center of the film WALL-E — after all, trust Pixar to imbue machines with the charm and pathos of a silent movie star. That's not the only way humans relate to robots. In fact, we tend to resent the competition when they come into the workplace.

A joint team of roboticists and behavioral economists at Cornell University have just released a study looking at human workers' reactions to working robots that perform the same tasks. Their definition of "robot" was pretty broad: "Think about a cashier working side-by-side with an automatic checkout machine," said senior co-author Guy Hoffman in a press release, "or someone operating a forklift in a warehouse, which also employs delivery robots driving right next to them."

The human workers actually came out of the study looking a little worse for wear. The robots' performance at tedious, repetitive tasks made their counterparts feel less competent and less inclined to put in more effort. They also tended to not like the robots either.

We already see this in the wild, on a certain level. But employees in all kinds of industries expect robots to be integral to the workplace of the future. These study results may reveal a design issue for roboticists, but for the rest of us, we may need more of a change in perspective. Freshman Rep. Alexandria Ocasio-Cortez, speaking at a South by Southwest panel over the weekend, pointed out that automation at work should excite us, since it should lead to more time for leisure, creativity, and self-development. Instead, it terrifies us, "because we live in a society where if you don't have a job, you are left to die."

It's true that the solution is a human one. As for the specifics, we're building that future right now.