How Fonts Can Change Your Mind About Food 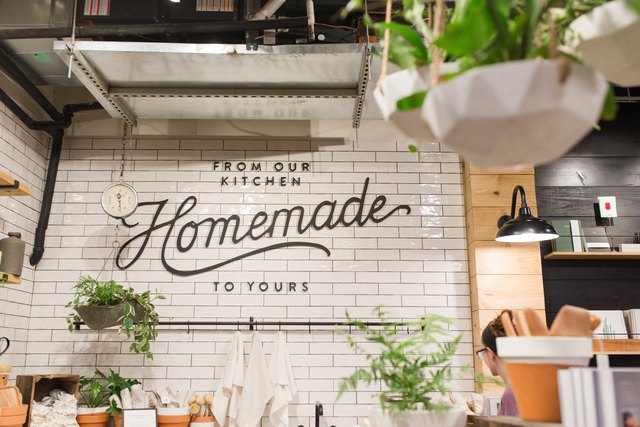 Going out to eat may be getting a little pricier, but for the most part, that's not stopping us. Eating at restaurants can even feel a little virtuous, particularly if you're supporting a small business or eating locally grown ingredients. Keep your eyes open, however — your brain can be swayed by something as simple as lettering.

Researchers at Ohio State University have found that restaurant menus that appear handwritten lead diners to believe "the food was better for their bodies, made of better ingredients, and prepared with more care than similar items printed in machine-style fonts," according to a press release. Even more to the point, the team only found this effect for restaurants that promote a healthy lifestyle brand. There are other benefits to using handwritten fonts: People eating alone at these restaurants reported feeling less lonely, and customers tended to interact more with the establishment's social media.

That's great news for restauranteurs, but consumers may want to maintain their skepticism. While the appearance of a human touch creates a warm atmosphere (a prime concern of the study; it's funded by the Mariott Foundation), it's not a given that "healthy" dining is as virtuous as advertised. Still, there's nothing wrong (and practically everything right) with treating yourself at least every once in a while. And if you're looking for a little human connection (aren't we all?), there are worse ways than by enjoying some atmosphere, typography, and really tasty food.

This Is How Restaurants Get You to Order Less

How Supervillains Can Get You to Eat Healthier

Instead of the Food, Reviews Might Be About the Weather

What You're Buying When You Buy Meat With Labels