These Are the Most Generous Tippers — And the Least 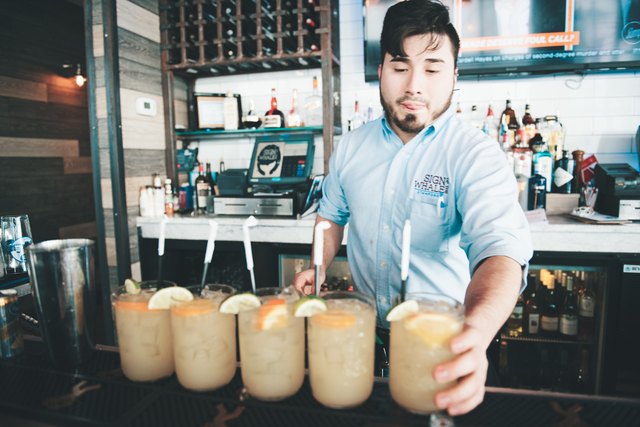 Another day, another study supposedly showing how millennials just can't win. According to a new survey released by CreditCards.com, the 18-to-37 set is the stingiest with tips. There's more to this than meets the eye, though. In typical millennial fashion, some of it is even a protest.

The survey, answered by more than 1,000 participants of all ages, found that 1 in 10 millennials actually won't tip at all, more than three times the rate of older tippers. Nearly one-third tip an average of 15 percent, while the overall average is more like 18 percent. If a checkout terminal offers a range of tip options, millennials tend to go for the lowest.

A second look at the data reveals a more complicated picture. Millennials as a generation, of course, are really, really broke, and we have reason to worry about that for a long time to come. It makes sense that older cohorts are more established financially, and can provide more for service workers. Finally, almost 3 in 10 millennials would actually rather that workers just have better salaries. The minimum wage for food servers, for instance, is significantly below that of the federal hourly wage floor of $7.25. Customers pay a waiter's salary, in effect, rather than the restaurant itself. It's no wonder that struggling millennials would find that offensive.

boomers paying their bill: you only had bud on tap not but light so you get 9% and I am going to spit in your face as I leave. good day

millennials paying their bill: this beer? incredible. you? incredible. I'm tipping you 30%. this is my last $20 but I want you to have it

That said, we're all basically awkward about tipping. Luckily for anyone who's never quite sure what to do, there are different tiers of tipping for different kinds of work. It's your money — speak with it how you best see fit.

The Best Cities to Be Single and Ready to Mingle

The Basics
Taxes
By: Shanika Chapman