This AI Can Map Entrepreneurs — And Their Competition 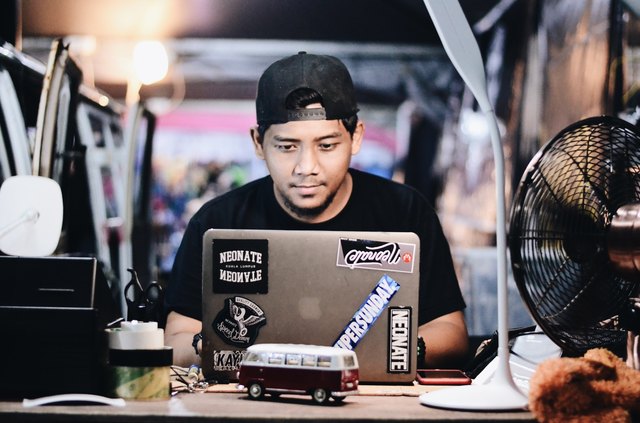 Big data and artificial intelligence are supposed to show us the brightest and the darkest futures, especially when combined. One new AI might be able to map something bigger: opportunity.

Researchers from Australia, the U.K., the U.S., and Germany have just released a first-of-its-kind guide to entrepreneurial hotspots throughout the United States. What's more, they used a very public and very interesting source for their data. By analyzing Twitter posts and the language of tweets, this team can predict where there's a high concentration of entrepreneurial types, and where there's still room to grow. 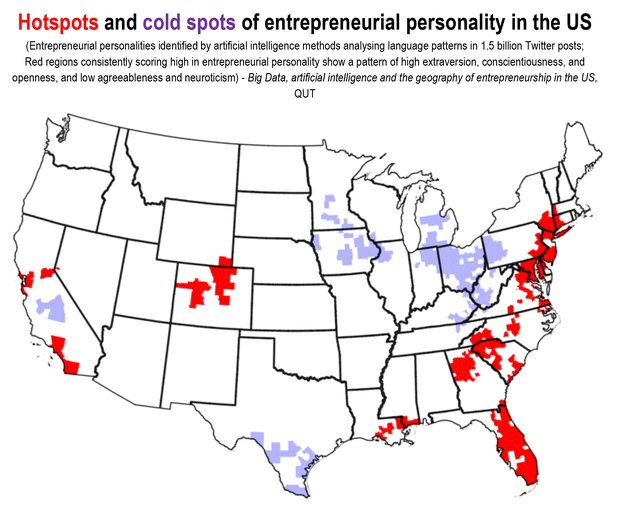 The researchers' AI analyzed 1.5 billion tweets from across 95 percent of the mainland U.S. It was looking for language that reflected traits associated with entrepreneurship: high extraversion, conscientiousness, and openness, plus low agreeableness and neuroticism. Using personality tests to measure character traits through Twitter may seem suspect, but the AI's results actually mapped pretty closely onto demonstrated hotspots (the Bay Area, Denver, most of the East Coast) and cold spots (the Rust Belt, Southern Texas, Central California).

This study was a proof of concept; it shows that researchers can reliably use certain publicly available information rather than creating and analyzing intensive questionnaires. But if you're looking for your own market to grow in, it may be worth knowing where entrepreneurial types have overlooked. Governments at all levels may offer incentives to set up shop in underserved areas. After all, the bottom line of entrepreneurship is noticing what others haven't. Consider your options — all of them.

One Actually Surprising Link Between Confidence and Fraud