Job Referrals Have a Diversity Problem 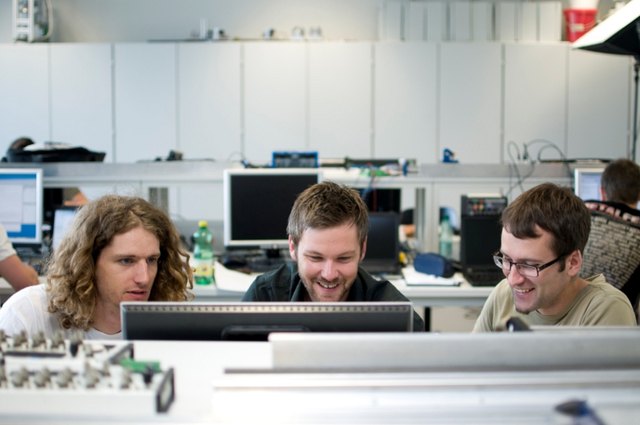 You've probably heard this one: The best way to get your foot in the door is to know someone on the other side. Recruiters and human resources departments rely on referrals to bring in new talent — they're the source of about one-third of hires. That all seems well and good, until you realize who that's leaving out.

New data released by PayScale, analyzing 53,000 hiring decisions across multiple industries, shows a staggering gap along racial and gender lines among those who get referred. White men make up a full 44 percent of the referral pool; white women represent 22 percent, leaving just one-third of referrals for people of color. Men of color are 26 percent less likely than white men to get that inside ticket, while women of color face a 35 percent disadvantage.

Structural inequality doesn't just hurt prospective employees, although they are doubtless affected the most. According to PayScale, workers who come from referrals are also more engaged, more satisfied with their job, and on better terms with their managers. Luckily, recruiters can take steps to up their game while casting a wider net. Demonstrating institutional support for people with marginalized identities lays the groundwork for more diverse referrals. For example, British researchers have shown that generous maternity leave policies are one of the best ways to retain and promote talented women.

Hiring managers can help in a big way by ensuring transparency and actively welcoming diverse applicants during the interview and hiring process. We know inequalities at work often come down to bias. Keep asking your employees for referrals — just make sure you're seizing the opportunity to truly make a difference within your company.