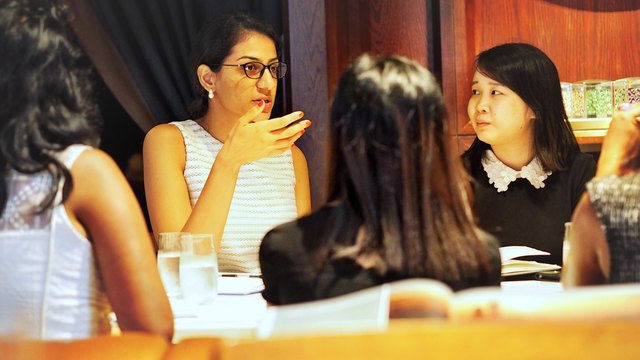 This week, Google got socked with a possible class action suit on behalf of all women at the company. The suit alleges that women were routinely and systematically sidelined and paid less than their male colleagues, going so far as to say women were "segregated" at the company. These kinds of stories never seem to stop coming — for instance, Northwestern University just released yet more research showing that over the past 25 years, African-Americans have faced persistent job discrimination, no matter how qualified they are.

Many marginalized groups have some variation on the same saying: Work twice as hard to get half as far. Institutions need to change, rather than individuals who've already proven themselves. After all, in addition to just being the right thing to do, true diversity in the workplace can show marked improvements for a company's bottom line. Hiring managers are in the best possible position to drive these positive changes, although it may mean confronting unintended bias within an office's culture.

Blind hiring is one way to break out of your usual pool of candidates. It doesn't just mean leaving off name and gender when reviewing an application, though. Nor does it simply mean relying on discredited ideas about "colorblindness," which suppresses identity rather than acknowledges it. When you're up against systems, especially unintentionally constructed ones, consider both the ways in which traditionally marginalized identities are made invisible and the ways in which society expects them to take themselves out of the running.

Women, for instance, tend not to apply for jobs if they don't meet a few of its qualifications, while men put themselves forward despite only fulfilling a handful. Language in applications isn't neutral either — parents may need flexibility or certain benefits, while women can spot unfriendly office culture if they sound frat-like or aggressive. Finally, hiring managers can be attracted to work-history reputation rather than achievement. Consider offering a place for candidates to describe projects they're proud of removed from the context of their workplace.

The best way to make your company valuable to diverse prospective hires is to offer them support and a structure in which they can grow. Mentors and sponsors are especially great ways to create space for traditionally marginalized employees. Understand what kinds of value candidates and employees create — fostering and guiding teamwork should be just as celebrated as an ultra-competitive race to the top. Finally, actively recruit diverse candidates. Show your commitment by hiring diverse leadership, demonstrating paths to advancement. While getting diverse candidates in the door is a big step, your work doesn't stop there. That's a good thing — the benefits for everybody are immense if you don't.

We Have Proof Now: Diverse Workforces Are More Innovative

Ladies: Here's How We Level Up at Networking