The robot uprising has begun. 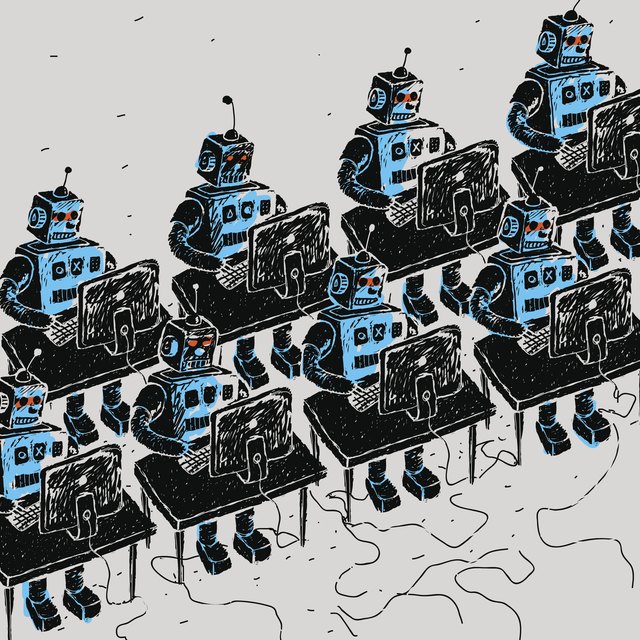 Okay, so it's not like Skynet is live or anything, but automation in the workplace is becoming a real that cannot be ignored.

In 2016, studies reported that, by 2025, 45 percent of all manufacturing jobs would be done by robots (as opposed to 10 percent at the time). Oxford University said that, also by 2025, almost half of all American jobs would be at high risk of being lost to computers (and that an additional 20 percent would be at "medium risk").

Today, we're seeing robots move from manufacturing to the service industry. In Europe, Domino's pizza is gearing up to start using robots to deliver pizza to some customers in Germany and the Netherlands, The Chicago Tribune reports.

While it might sound awesome to have a robot deliver your pizza, not everyone is excited about this move to automation—and they're showing their discontent at the voting booth. According to The Washington Post, voters in areas that had lost more jobs to robots were less likely to cast a vote for Hillary Clinton in the 2016 election. This was specifically the case in, Michigan, whose economy has historically been dependent on the automobile industry—which is a prime candidate for automation.

Even Bill Gates has weighed in on the robots-taking-jobs issue, with a very interesting take for the "con" column: We don't tax robots. As Gates points out, when a human does a job and we pay them a salary, the government takes part of those earnings as taxes which are then reinvested back into, you know, making society function. When a robot does the same job, however, no tax dollars are collected and we can all see where that might lead to some issues.

"Right now, the human worker who does, say, $50,000 worth of work in a factory, that income is taxed and you get income tax, Social Security tax, all those things," Gates said in an interview with Quartz. "If a robot comes in to do the same thing, you'd think that we'd tax the robot at a similar level."

This is especially interesting considering some, including Elon Musk, believe that when the robots take over the job market, the government will be forced to pay humans a universal wage—leaving us with nothing but free time to pursue our passions (/binge Netflix, probably).

"There is a pretty good chance we end up with a universal basic income, or something like that, due to automation," Musk told CNBC. "Yeah, I am not sure what else one would do. I think that is what would happen."

What Trump's Rejected Salary Could Buy

5 Inspiring Graduation Speech Quotes We Can All Learn From